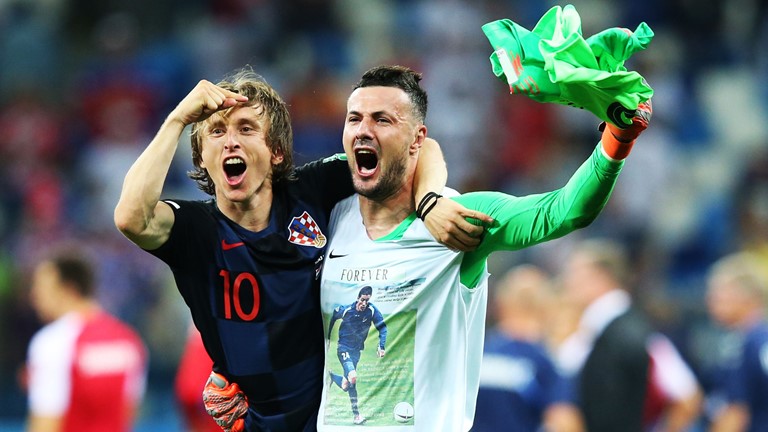 Luka Modrić (Left) plays as a midfielder for Spanish club Real Madrid and the captain of Croatia national team and Danijel Subašić (Right).

According to GhanaSky.com analyst, this is the second time in July 1, 2018 FIFA Matches, a penalty shoot-out will decide who progresses to the quarter-finals. Denmark goalkeeper Kasper Schmeichel will certainly be confident after dramatically saving Luka Modric's penalty with four minutes of extra time remaining.

In extra time Denmark relied heavily on that defensive organisation that served them so well throughout the tournament. Both sides didn't look like there was any strength left to try attacking moves during extra time. And when Hareide's men needed it most, Kasper Schmeichel showed all his class to preserve the Danish chances in the penalty shoot-out. 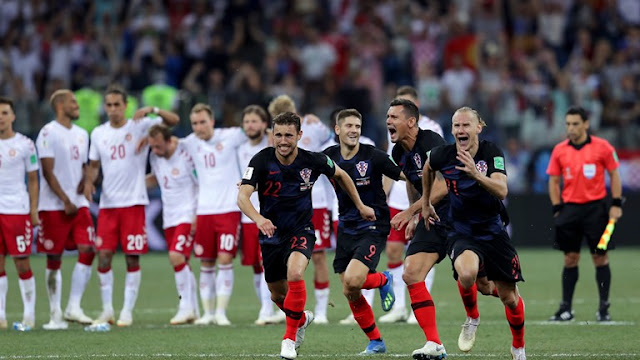 Nothing brings out emotional extremes like a penalty shoot-out as these pictures prove.

Five penalties were saved by Danijel Subasic and Kasper Schmeichel during the shoot-out, with the latter also saving one in the final minutes of extra time.

Croatia win 3-2 on penalties after Danijel Subasic saved three spot-kicks, including the opener from Christian Eriksen. Subasic equals the World Cup record for most saves in a shoot-out, equaling the mark set by Portugal's Ricardo against England in 2006. 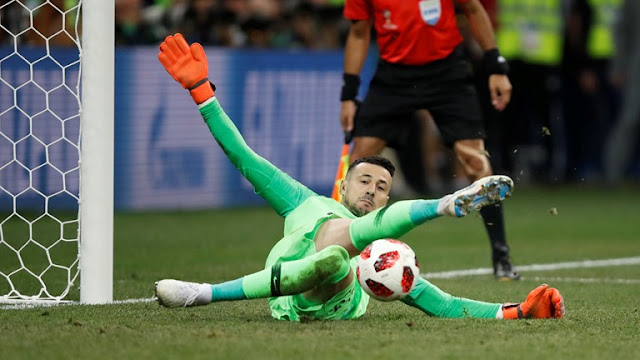 Danijel Subašić is a Croatian footballer who plays as a goalkeeper for AS Monaco and the Croatia national team.

Confirmation that Mario Mandzukic's equaliser was the earliest that both teams have scored in a FIFA World Cup. His goal tonight came at 3 mins 39 secs, eclipsing the equaliser scored by Ahmed Musa for Nigeria against Argentina at 3.52 in 2014.

Mario Mandžukić is a Croatian professional footballer who plays as a forward for Italian club Juventus and the Croatia national team. Besides being a prolific goalscorer, he is known for his defensive contribution and aerial power. 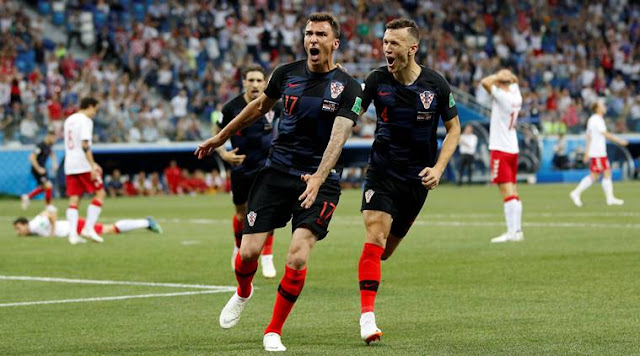 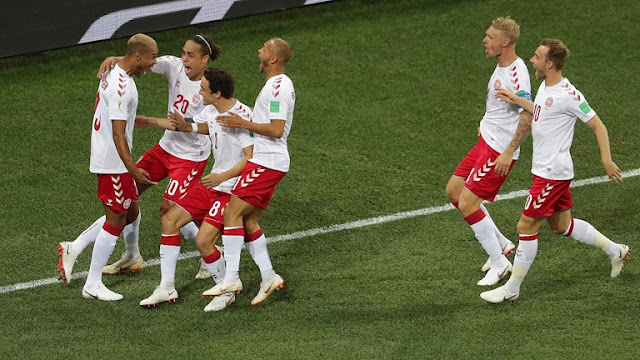 Source: GhanaSky.com but credit to: fifa.com