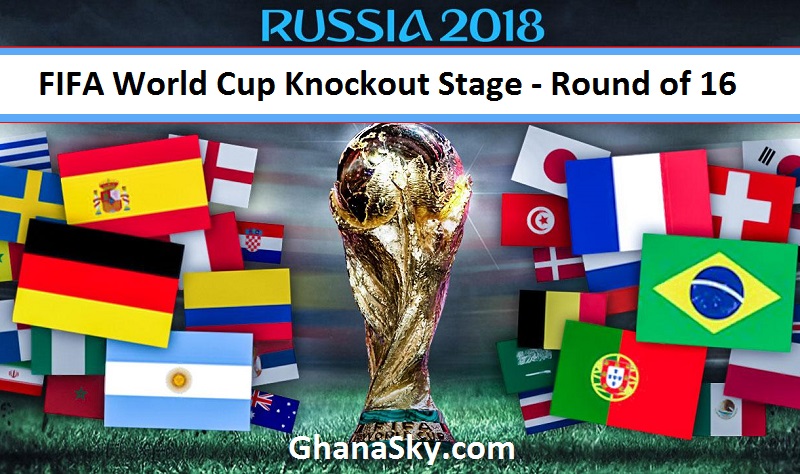 According to GhanaSky.com analyst, the knockout stage of the 2018 FIFA World Cup is the second and final stage of the competition, following the group stage. It will begin on 30 June with the round of 16 and end on 15 July with the final match, held at the Luzhniki Stadium in Moscow.

The top two teams from each group (16 in total) will advance to the knockout stage to compete in a single-elimination style tournament. A third place play-off will also be played between the two losing teams of the semi-finals.

All times listed are local time.