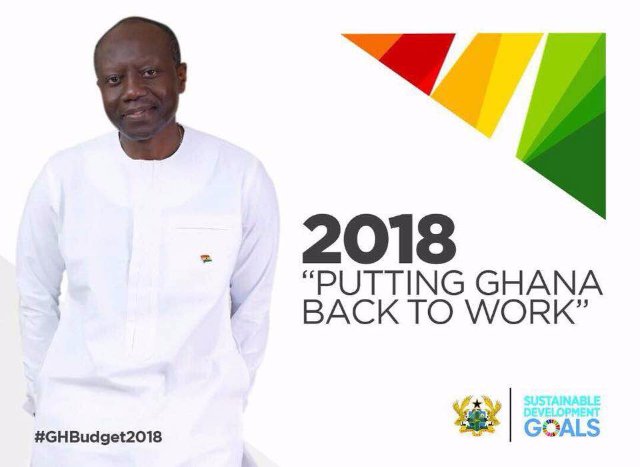 The government in its 2018 budget and Economic Statement has set a target of 6.8 percent growth of the Ghanaian Economy.

This was disclosed by the Minister of Finance Ken Ofori-Atta when he appeared before Parliament today Wednesday, November 15, 2017.

The figure represents a 0.5 percent increase in the GDP growth set for 2017 which was set at 6.3 percent with an end-period inflation rate of 8.9 percent.

With the current inflation rate for October at 11.6 percent the Finance Minister said economy is expected to have an average inflation rate of 9.8 per cent, a fiscal deficit of 4.5% per cent GDP and primary balance (surplus) of 1.6 per cent of GDP.

“In addition, government is seeking to gain a Gross Foreign Assets to cover at least 3.5 months of imports of goods and services.”

Mr. Ofori-Atta is hopeful the fiscal deficit of the country may stabilize below 5 percent of GDP, as government puts in all the macroeconomic measures to grow the economy.

“Achieving this objective is not only critical, but necessary if we are to maintain the healthy primary balance surplus required to eventually reduce the rate of debt accumulation,” he said.

He then maintained that there is the need to boost domestic revenue through innovative channels that will not place undue burden on the entire populace.

“We must make these decisions in good time to ensure that our future generations will be bequeathed with a priceless inheritance of sustainable fiscal environment.

In this vein, optimizing resources mobilization through improved tax compliance and efficient and effective revenue administration, remains an important part of our fiscal strategy to boost domestic revenue mobilization for 2018 and the medium-term,” he added.