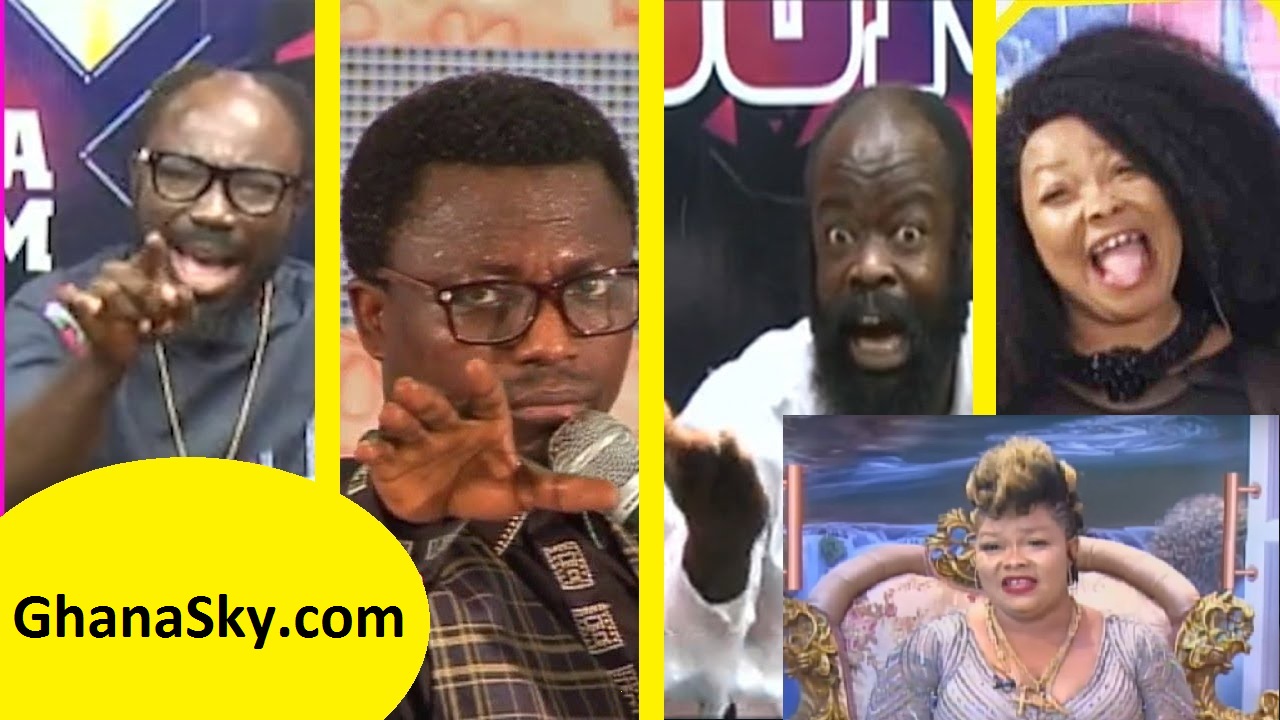 Kumawood actor Akwesi Asamoah, popularly known among his colleagues and Ghanaias as Big Akwes is a Kumasi-based actor and TV presenter on RTV.

Big Akwes is a satirical kind of presenter who takes issues and looks at the lighter side.
He is also very well known for making serious claims on TV. Some of such claims he is unable to defend or substantiate.

Prophet Ebenezer Adarkwa Yiadom popularly known as ''Prophet One" has taken the case to another level, to deal with the host on Thunder TV - Big Akwes and the CEO Okomfour Nana Agradaa.

Okomfour Nana Agradaa also fires Prophet 1 Opambour and Osofo Chief after their several wαrnings to her.

Opambour is the owner of Radio Mercury, a Kumasi-based private radio station and Prophet One Television. He has also built a hundred-building estate which he has christened Island City at Opambourkrom, together with Ebenezer Miracle Worship Centre.

Fetish Priestess Nana Agradaa who's real name is Dr Patricia Asieduaa from Kwahu -Obo, is a popular spiritualist in Ghana and CEO of many companies in Ghana, such as Thunder Television Network, Thunder Plaza, .

Nana Agradaa Gained public attention by taking her spiritual practice to the television where she advertises herself and encourages people to come and get money from her Shrine.

According to the public and her clients view, Nana Agradaa, a fetish priestess, conned people to believe that she could double cash and ended up extorting money from them but could not deliver on her promise.
Her shrine is located somewhere in Sowutuom in the Ga – Central Municipality in the Greater Accra Region, Ghana.