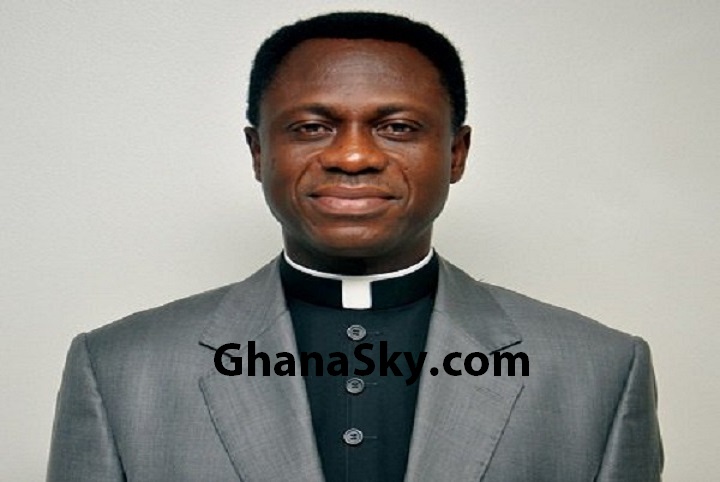 Apostle Eric Kwabena Nyamekye, 53, has been elected the new Chairman of the Church of Pentecost.

He will succeed Apostle Prof. Dr. Opoku Onyinah, who officially retires in August this year.

Apostle Nyamekye, who was nominated by the outgoing Chairman, Apostle Prof. Onyinah, in consultation with the Executive Council of the church, was elected yesterday, May 3, 2018 at the ongoing 43rd General Council Meeting of the Church at the Pentecost Convention Centre (PCC) at Gomoa Feteh in the Central Region.

He will have a five year term, renewable by another five years. Apostle Prof? Onyinah had a 10 year tenure.

In line with the constitution of the Church of Pentecost, a candidate has to be voted for by an electoral college, made up of members of the Executive Council, apostles, prophets, evangelists, all area heads in Ghana and national heads who are apostles, prophets or evangelists from across the world.

Upon endorsement by the electoral college, the candidate is presented to the General Council, which is made up of all members of the electoral college and ordained pastors of the church, area executive committee members, national deacons, national secretaries, trustees, chairmen of boards and committees, ministry directors, national executive committee members of ministries, area women’s ministry leaders in Ghana and retired ministers.

During the voting by the Electoral College, Apostle Nyamekye secured 147 votes, with four against, out of the 151 valid votes cast, representing 97.5 per cent.

Following the overwhelming endorsement of his candidature by the college, he was presented to the General Council to be voted for.

The votes he garnered were more than the two-thirds majority votes prescribed by the Constitution of the church, which states: “The candidate so elected at the Electoral College shall be presented to the General Council for approval by two-thirds (2/3) majority votes of the members present and voting.”

In his response, Apostle Nyamekye gave glory to God for granting him the opportunity to serve in the highest office of the church.

He also thanked the outgoing chairman, the immediate past chairman and the General Council for reposing the confidence in him to lead the church.

In his acceptance speech, Apostle Nyamekye said he knew he could not fit in the shoes of Apostle Onyinah but “the Lord will make my own path for me”

Apostle Nyamekye was born to the late Mr Stephen Antiedu Nyamekye and Agnes Owusu at Asokore-Ashanti on October 21, 1965.