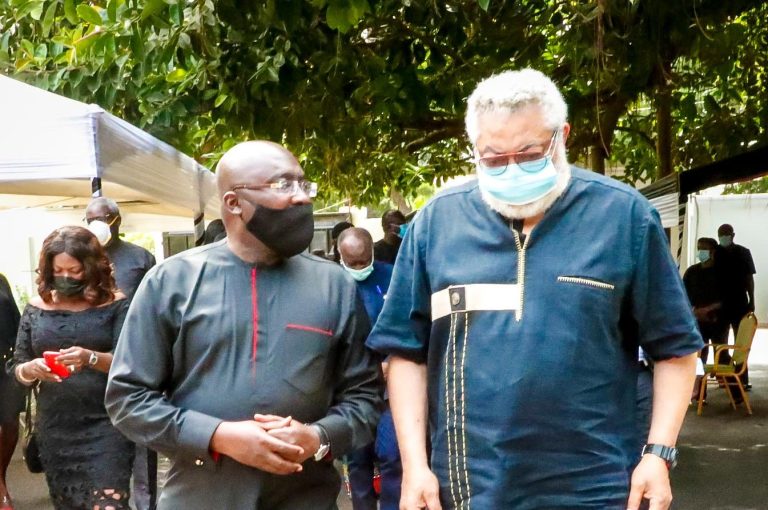 On hearing the news Dr Bawumia, who is also the Running mate of the governing NPP, immediately suspended his campaign, describing former President Rawlings' passing as a "great loss to Ghana, Africa and the world."

President Rawlings, Dr Bawumia said, was a "colossus" whose "fight for the poor and his impact on national cohesion and discipline is unforgettable."

"President Rawlings is a man I have known and respected for a long time. His role in the political history of Ghana is indelible. His contribution to national discourse and development over the years have helped shape Ghana. His passing is a great loss to the nation," he added.

Dr Bawumia expressed his condolences to the former First Lady, Her Excellency Nana Konadu Agyeman Rawlings, the children, the allied families and the nation as a whole.