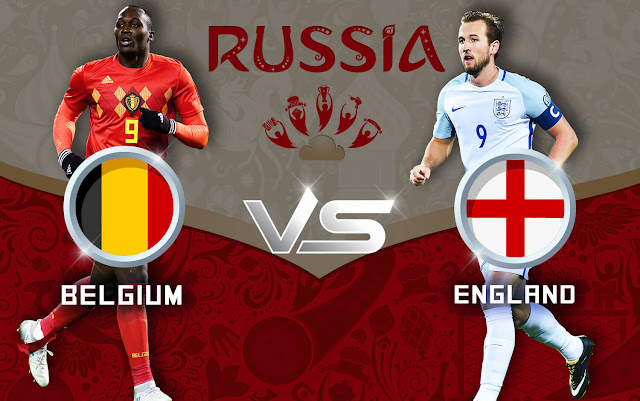 England take on Belgium in the third place play-off of the 2018 World Cup after being defeated by their semi-final opponents.

The Three Lions opened up the scoring with a superb direct free-kick goal from Kieran Trippier. However, it wouldn't be enough after Ivan Perisic cancelled it out with a goal in the second-half to take the game to extra time. In extra time Mario Mandzukic scored and ended Gareth Southgate's sides dream of lifting the trophy.

Eden Hazard and Co were defeated in their semi-final clash by France 1-0 after Samuel Umtiti scored a superb header that Marouane Fellaini was unable to defend.

Sportsmail provide you with everything you need to know for the World Cup 2018 third place play-off Belgium vs England including how to watch, kick-off time, squads, stats and latest odds.

When can I watch the Belgium vs England match?

Where is the Belgium vs England match happening?

Saint Petersburg Stadium will be the World Cup match venue for Belgium vs England and has a capacity of 64,287.