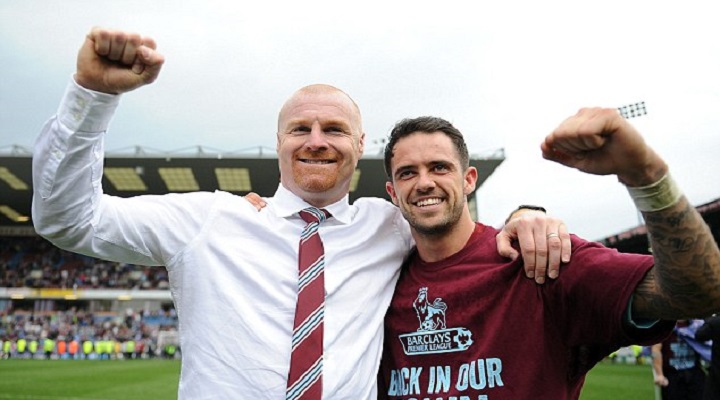 London: Burnley may be an impressive seventh in the Premier League but manager Sean Dyche wants to see how high his side can climb before the season ends.

Sean Mark Dyche is an English former professional footballer, who is currently the manager of Premier League side Burnley, a position he has held since October 2012.

The Clarets' 2-1 win over Leicester last weekend put them on course for the final Europa League spot, provided Southampton do not win the FA Cup.

Dyche's men are now just two points behind sixth-placed Arsenal but they would climb above the Gunners were they to beat Chelsea at Turf Moor on Thursday and secure a sixth win in a row.

"To be seventh is fantastic. If we can attempt to chase down Arsenal — I don't think that would have been words I'd have been using at the beginning of the season — we will do," Dyche said Wednesday.

Burnley started their season in style with a 3-2 win away to reigning champions Chelsea, a match where they were 3-0 up come half-time at Stamford Bridge.

Dyche, recalling his team talk at the interval, said: "It was definitely one I hadn't planned on. We had a little meeting with the staff and they said, 'What do you think'. And I said: 'I don't know. What do you want me to tell them? They're 3-0 up at Chelsea'. Then we just waffled on and kept our fingers crossed and we managed to get that one over the line.

"The big thing looking back on that game, it's not just a great result against a top side, everyone waits for their first win and it makes a story if you don't get it in a number of games, well that's gone immediately. And an away win. It doesn't guarantee anything but it changes the immediate feel of the season. We've not really looked back."

Nick Pope's form in goal has led to talk he could be in England's squad for the World Cup and all but scuppered the chances of Tom Heaton, fit again following a shoulder injury, travelling to Russia as a member of Gareth Southgate's squad.

"Popey's having a very strong season, he's delivering very, very good performances, so I've got no reason at the moment to consider changing him," said Dyche.

"Tom is a fantastic keeper, he's done many good things, and his time will come again. Tom's very respectful, he totally understands it."