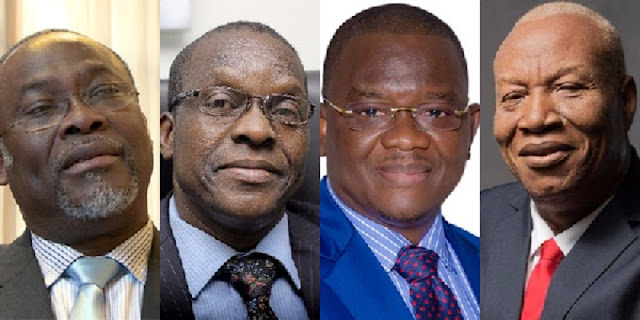 An Accra High Court has placed an interim injunction on the upcoming election by the opposition National Democratic Congress (NDC) to select a flagbearer for the Election 2020.

It followed the filing of a suit by two members of the NDC in Accra, who are claiming that the guidelines for the conduct of the election which has been introduced by the National Executive Committee (NEC) of the party was against the September 1992 constitution of the NDC.

The plaintiffs, Abdallah Issa from Galelia and James Kabu Natey-Oman from Old Bortianor are therefore seeking a declaration that the guidelines published by the NDC for the presidential election is “null and void” and that it was “ultra vires” to the September 1992 constitution of the NDC.

They want the court to declare that the introduction of certain eligibility criteria as conditions precedent for Presidential Candidates as part of the said guidelines provoke the letter and spirit of the NDC constitution and are unlawful.

The plaintiffs per their suit are seeking reliefs including a declaration that the procedure adopted by the NDC via the National Executive Committee (NEC) in the preparation and presentation of the guidelines together with the amendments without prior consultation of the National Council of Elders are unlawful.