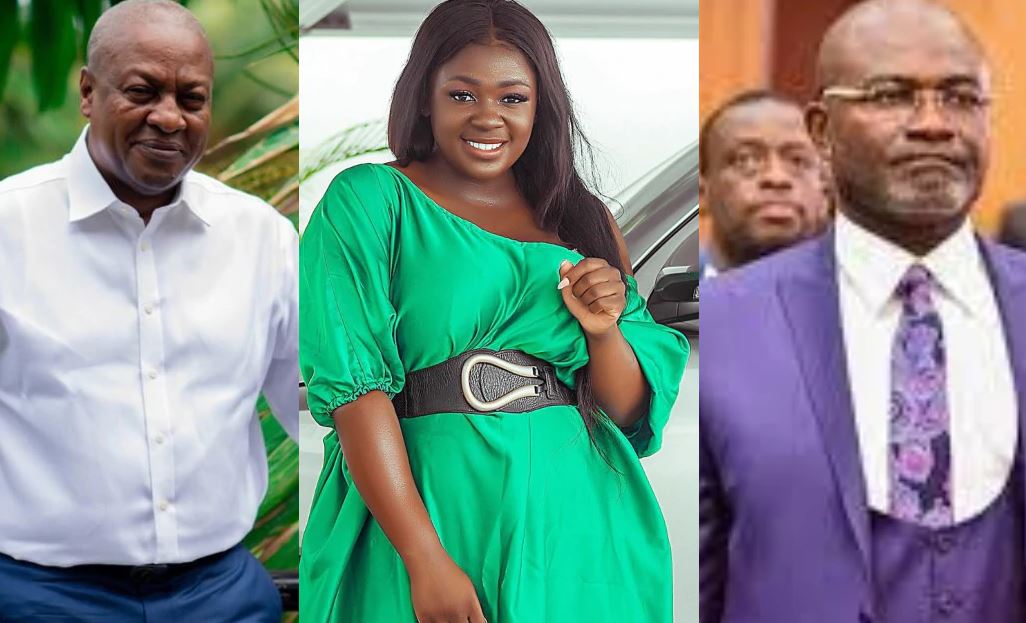 Actress Tracey Boakye has rendered an unqualified apology to Member of Parliament(MP) for Assin Central, Kennedy Agyapong for raining insults on him when he claimed that John Dramani Mahama had bought buildings for her in Accra.

The apology comes after the businessman said in an interview that the allegations made against her and John Dramani Mahama were just jokes because he’s a man and is aware how men can become vulnerable when it comes to women.

Reacting to Kennedy Agyapong's claim that his comment was just a joke, the actress apologized to the lawmaker telling him to be wary of such allegations in the future, especially during election.

She indicated that Kennedy Agyapong is her father and she regrets the extent to which she went in addressing the issue.

Her post read “JOKING??? Really??? Ok, Hon Kennedy Agyapong, I beg you not to joke with such issues again, especially during an election period, No Politician has bought any house nor cars for me, My Man is not a politician. I AM ALSO SORRY FOR THE HARSH AND DISRESPECTFUL WORDS I USED FOR YOU, you’re like a father to me, and I’m your daughter. SO SORRY, and please such jokes are too expensive. THANK YOU”.