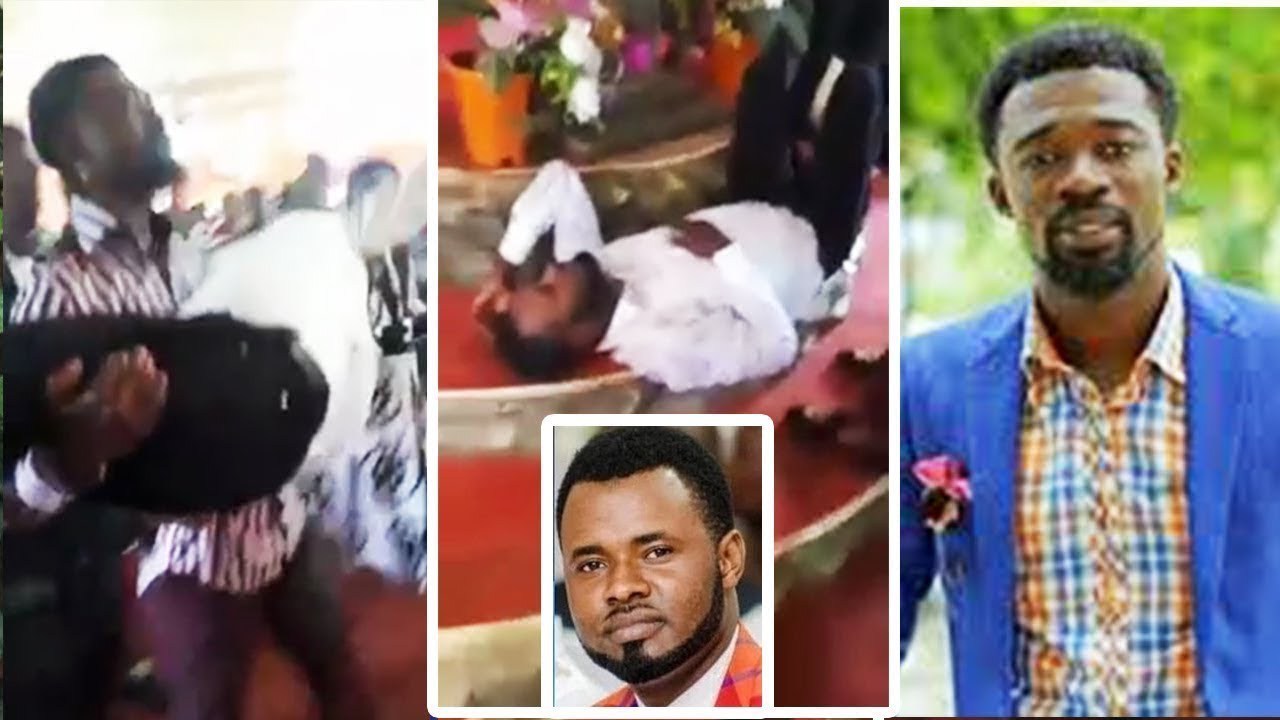 Ghanaian gospel musician Ernest Opoku has been under fire after the Chief Executive Officer of NAYAS Film Productions, Gladys Boaku aka Nayas 1 alleged that he asked her to abort her three-month pregnancy.

The movie producer also revealed that the ace gospel musician after having sex with her told her to consult a native doctor for protection so she can sustain her career in the movie industry.

She added, Ernest is into sexual escapades with many women — In which, when they were having the many sexual bouts, Ernest was also preparing to marry another woman in the States.

She described Ernest with many unprintable words. Listen to the audio below, for example.

The gospel musician in all these allegations has not spoken a word but has rather run to seek refuge at Prophet Reindolf Oduro Gyebi’s aka Eagle prophet’s Eagle’s Cathedral.

Ernest Opoku being one of the best gospel worshippers in the country, as usual, performed some worship songs which got the cathedral spirit-filled.

During his performance, he knelt down before the prophet.He embraced him and the prophet was seen sprinkling water on himself while some fell on Ernest.

Eagle prophet then carried him on his hands like a baby and placed him on the pulpit. Prayers were then delivered on the gospel musician whiles he lies flat on the pulpit.