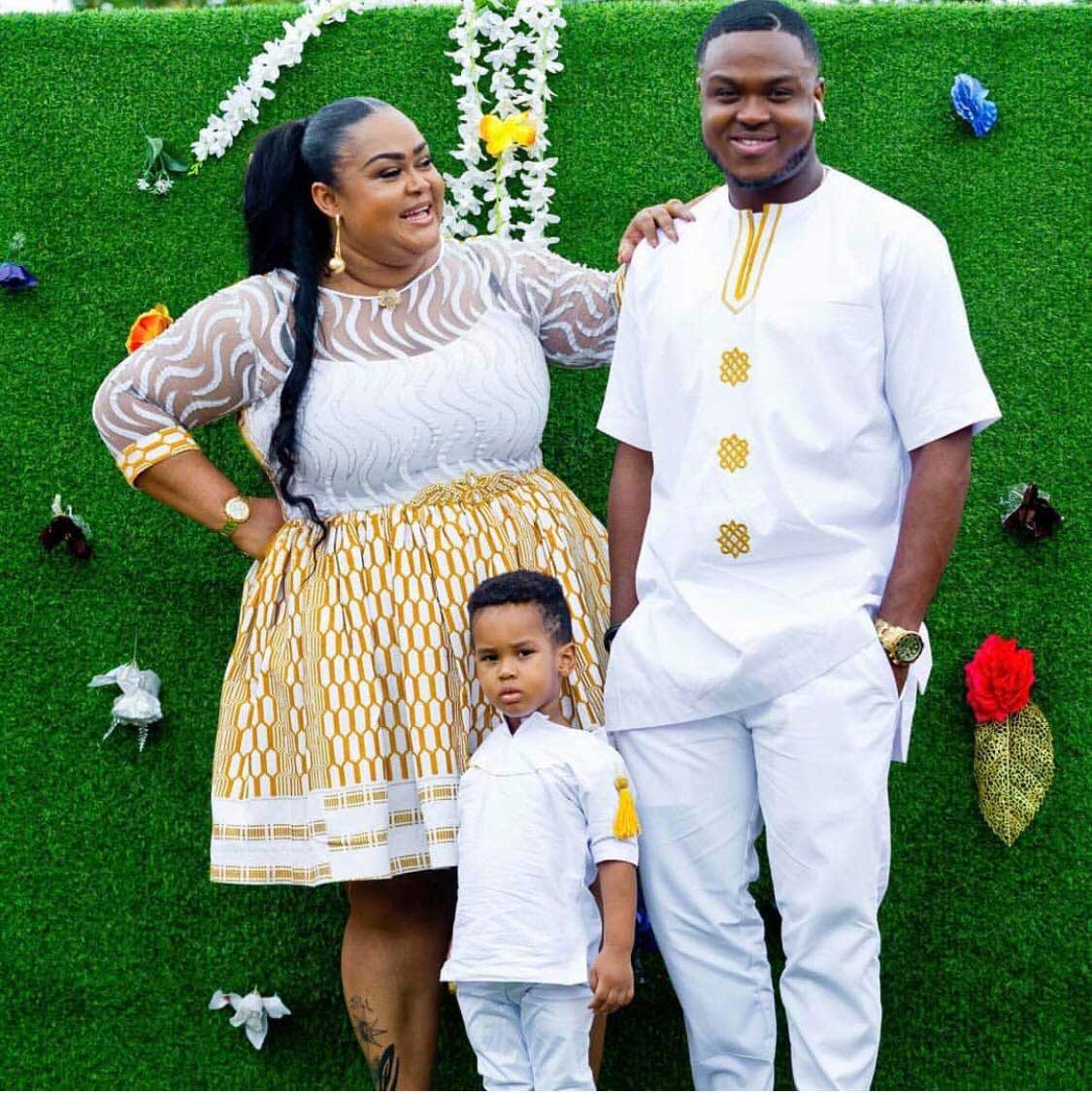 One of the most trending news in Ghana now is the allegation that Vivian Jill sleeps with her own son, Prempeh Clinton and even Clinton is the father of their second child, Alfie Nana Okobeng Amponsah.

There have been many calls on Vivian Jill to show the father of her child to lay all the allegations to rest but she has flatly denied. According to her, all those who need to know are aware of who he is.

Well, Ghpage.com has discovered the father of the young boy. the father of Alfie is the Chief Executive Officer (CEO) of Okobeng Mining Company, Nana Okobeng Amponsah.

He is one of the richest men in Ghana. He is based in the Western Region where his mining company is located specifically, Bogoso.

Now, here is why Vivian has not been able to mention his name. From Ghpage.com checks, Nana Okobeng Amponsah is actually married. He is married to a high ranking Police officer in Ghana.

Now, if you are one of those who thought the mad comedian, Evangelist Addai made sense, here is the truth to all those allegations
Vivian Jill’s son’s father discovered