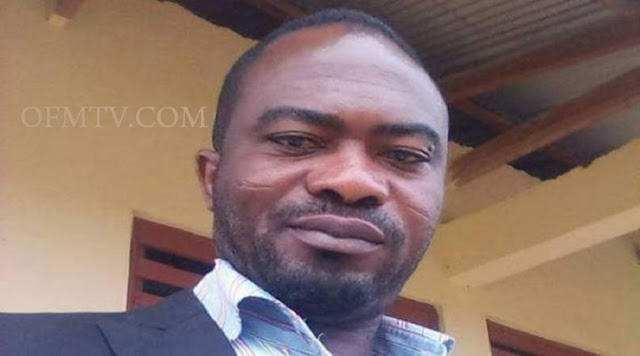 The case involving the headmaster, who recorded a video of himself having sex with a senior high school (SHS) student on a kitchen stool in January this year, has been transferred to the Greater Accra Regional office of the Ghana Education Service (GES).

This follows a crunch meeting among the headmaster, Robert Sepey, the Greater Accra Regional branch of the Ghana National Association of Teachers (GNAT) and a committee set up to investigate the matter.

Mr. Sepey allegedly went into hiding after the incident that generated public attention and dominated social media platforms as well as the traditional media.

He was subsequently suspended in absentia as the headmaster of Breman Adumanu D/A Basic School and several appeals by the GES for him to return proved futile until his return sometime last week to face the committee.

It is however, unclear whether he is still on the pay roll while serving his suspension term.

DAILY GUIDE sources have confirmed that following his meeting with the investigation committee and GNAT, the matter has been transferred to Accra for further action.

It is also unclear what informed the decision of the investigation committee not to deal with the matter but had to transfer it to Accra.

Mr. Seppey was suspended by the GES when his leaked sex tape with the 19-year-old SHS student caused public uproar, forcing the education authorities to take swift action.

Preliminary investigative reports by the GES indicated that the district education authorities visited Adumanu to make enquiries about the young lady in the video and were able to establish her identity and the current school she is attending.

According to the report, the student completed junior high school (JHS) at Adumanu D/A Basic School where Mr. Seppey was the headmaster until his suspension.

The reports also indicated that the two were in a relation and the sex was consensual and not rape as was earlier reported.

“The video was recorded at Adumanu in the head teacher’s room almost a year ago,” the report revealed, adding, “Both of them agreed to record the video while they were having the sex so that they will watch later.”

According to the report, the video was on the student’s memory chip which her brother saw when he collected her phone to transfer songs.

“Other friends of her brother’s also saw the video and they decided to spread it because they had proposed love to her and she refused,” the report claimed.

The report said when the headmaster was confronted, he confirmed his identity as the one in the video – apologizing for the incident.

“He was asked to report to the office over affairs of the school to his circuit supervisor in order for him to assist in the investigation of the case,” it averred.

According to the report, the education directorate also held a meeting with the opinion leaders of Adumanu, the assembly member of the area, as well as the father of the girl involved.