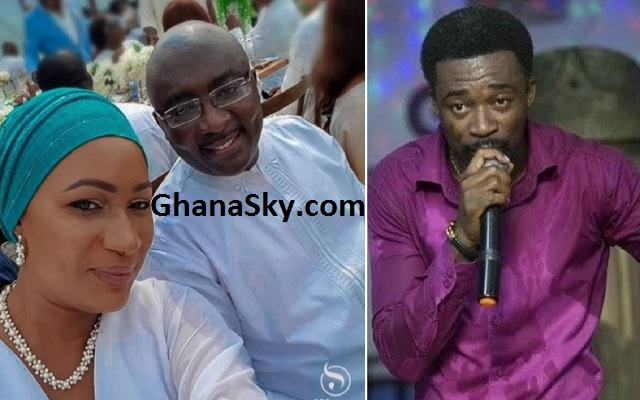 In November last year, The Man of God who has been at the centre of series of deadly prophecies in the country, called for intense prayers for Vice President, Dr Mahamudu Bawumia.

During a live church service, the Founder and General Overseer of God’s Crown Chapel, Prophet Bishop Reindolph Oduro Gyebi asked the congregation to pray for the second gentleman of the land but refused to advance reasons for it.

“Let us pray more for Dr Bawumia and his family”, he said in a video.

He refused to disclose his reason for it but urged his congregants to pray for the second gentleman of the land and kept his vision to himself.

It would be recalled that Prophet Bishop Reindolph Oduro Gyebi, in a video that has gone viral during the beginning of the last quarter of 2017, called for prayers for presenters in Ghana in order not for misfortune not to befall them while preaching on Kumasi-based Abusua Fm.

The man of God singled out presenters in Ghana especially; those with the Multimedia Group appealing to pastors who preach on those networks to fervently pray for workers so that the machinations of the devil are not will not prevail.

“God protect our pastors. I know that Adom FM has pastors who pray for them.

They should step up their prayers for Adom and the workers there especially even though we will also commit it to prayer as God has directed. We commit all presenters in Ghana before God any plans by the evil one against them will not succeed”, the Eagle Prophet said.
Watch Full Video Below: