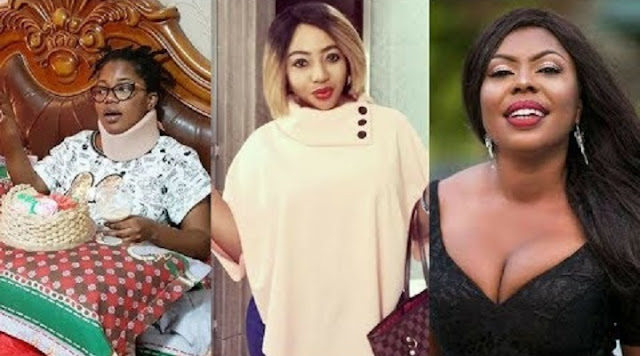 The long-existed misunderstanding between TV and radio personality Afia Schwarzenegger and Diamond Appiah has not been resolved as the former has made a denigratory statement against the latter.

The controversial comedienne in a live Facebook video with her bosom friend, MzBel spoke passionately against her enemy, Diamond Appiah.

Schwarzenegger described miss Appiah as an ugly person. When Mzbel reminded her that Diamond would insult her if she hears the insult, the outspoken TV presenter made it clear in the video that “I’ll beat her if I catch her”.

She also vowed in the video to beat anyone who talks ill about her because she is fed up with the insults.

The TV Africa’s Political Police show host further said appearing in court has become a norm for her so she is not worried anymore since anybody who will become a victim of her new law will head to court.

Watch Afia Schwarzenegger in the video when she visited MzBel at home: