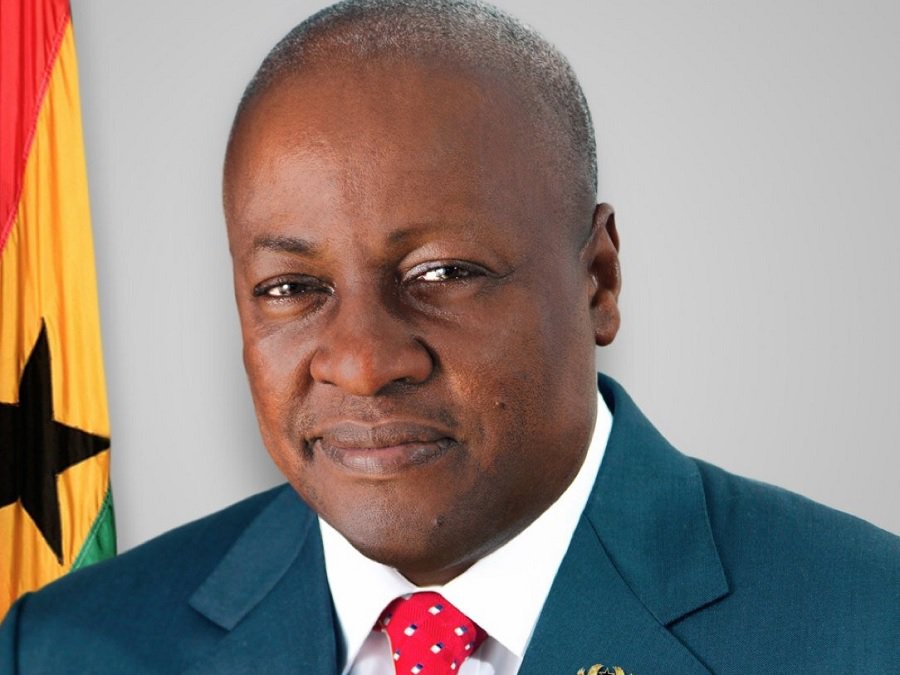 Biography John Mahama
President John Dramani Mahama is a communication expert, historian, and writer. He’s the current President of Republic of Ghana. Prior to that, he served as the Vice President of Ghana from 2009 to 2012, and took office as President on 24th July, 2012 following the death of his predecessor, John Atta Mills.
He was elected to serve his first full term as President in December 2012. President Mahama was endorsed on 21st of November 2015 by members of the ruling National Democratic Congress to represent NDC in the 2016 General elections.

Background
President John Dramani Mahama was born in Damongo, now called Damongo-Daboya Constituency of Ghana on the 29th of November 1958. His father was the late Emmanuel Adama Mahama who was the first Member of Parliament for the West Gonja Constituency, and the first Regional Commissioner of the Northern Region under President Kwame Nkrumah.

Education
John Dramani Mahama attended primary school at the Achimota School in Accra, and on completion moved to the Northern Region to attend the Ghana Secondary School in Tamale where he studied for his Ordinary and Advanced level GCE Certificates. Thereafter he attended the University of Ghana, Legon where he read History, and received his Bachelor of Arts Degree in 1981.
As a student, he was a member of Commonwealth Hall. He later undertook his Post Graduate Studies in Communication also in the University of Ghana, in the School of Communication Studies, which he completed in 1986. He then went ahead to study for a Post Graduate Diploma in Social Psychology from the Institute of Social Sciences in Moscow.

Career
John Mahama completed his post graduate diploma studies in Moscow, returned to Ghana in 1991 and become the Information, Culture and Research Officer at the Embassy of Japan in Accra. After working at the Embassy of Japan, he moved on to become the International Relations, Sponsorship, Communication and Grants Manager at the Ghana Office of PLAN International.

On 7 January 2009, Mahama became the Vice-President of Ghana. He also served as the Chairman of the National Economic Management Team, the Armed Forces Council of Ghana, the Decentralization and Implementation Committee and the Police Council of Ghana in this capacity.

Following the death of His Excellency Professor John Evans Atta Mills on the 24th of July 2012, John Mahama was sworn into office on the same day by the Chief Justice and assumed the role of Head of Government and Commander in Chief of the Armed Forces of Ghana Office.

President of Ghana President John Mahama was endorsed as the 2012 Presidential candidate of the National Democratic Congress (NDC) on 30 August 2012 at a delegates’ conference where he polled 2,767 votes representing 99.6percent of total votes cast.

On 7th of December 2012, Mahama was declared winner of the presidential election with 50.70% of the total valid votes cast (a 3% winning margin) beating his nearest rival, Nana Akufo-Addo of the main opposition, New Patriotic Party who polled a close 47.74%. Mahama won the majority of valid votes cast in eight out of Ghana's ten administrative regions.

Family Life and Interests
President Mahama is a Christian, and has been married for over twenty years to Mrs. Lordina Mahama. They have eight (8) children. John Mahama is an avid reader, author and historian. Over the course of his career he has written for several publications, and published his first book, a memoir entitled "My First Coup D'etat and other true stories from the lost decades of Africa".
President Mahama also has a keen interest in technology, agriculture and football.

Honours and Awards
John Dramani Mahama received an honorary doctorate in the field of Public Administration, from the Ekiti State University of Nigeria, formerly affiliated to the Obafemi Awolowo University. Later, the same university passed a resolution to name its Faculty of Management Science after him. A friendship Medal was conferred on John Dramani Mahama by the Cuban government, recognising his relentless advocacy for the Cuban cause.

The Most recent of his awards took place in March 2016 at the University of Aberdeen special convocation where President John Mahama was conferred with an honorary degree of Doctors of Laws (LLD). Mr. Mahama has also attended numerous conferences and won many fellowships, including a study as a visiting scholar at The Johns Hopkins University, Baltimore, USA. He is also a Bill Gates Fellow. He was awarded the Great Cross of the National Order of Benin by President Yayi Boni.