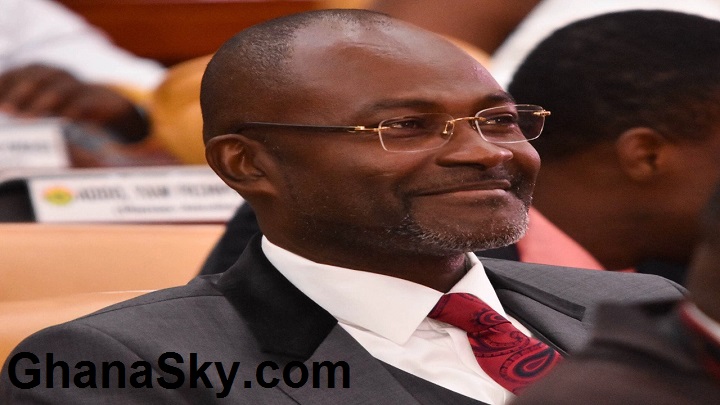 Member of Parliament for the Assin Central, Kennedy Agyapong has hit back at Public Relations Officer of the Ghana Armed Forces, Colonel Aggrey Quashie, describing him as a useless man and a fool who goes about speaking gibberish.

“He is a fool, ….if he knew what was going on in the military, he wouldn’t be going round speaking nonsense that he is a professional and that I can make all the noise.”

“Are you my mate? If my people are not recruited in the military so what? Do you know how many people I have employed in Ghana? If he likes let him retire and come to me, I’ll give him a job to do. What work does he have to do if he leaves the military now? He can only be a security guard, useless”, he said.

His comments come on the back of statements made by Col. Quashie Tuesday April 3 to suggest that Mr. Agyapong cannot buy his way into earning slots in the military for ‘his people’ as GAF remains professional in its dealings and will continue to recruit persons into the military solely based on merit.

“Enlistment of applicants into the Ghana Armed Forces (GAF) is always based on merits not political influence or any other means…..People think that if I pay money to somebody I can get myself in there. If all your documentation is correct you stand an equal chance like any other person to be picked.”

“People make these statements because they have the right to say whatever they want to say but we are also focusing on our process. ..There is no way anybody will be recruited by unfair means”, the Colonel and PRO said in response to Mr. Agyapong’s previous comments on a show that he was keenly looking forward to getting special military protocol slots for “his people” otherwise “he will make noise”.

The NPP firebrand, speaking on Accra-based Oman FM’s ‘Boiling Point’ program Tuesday evening bashed the Colonel for comments he deemed unwarranted. For him, Col. Quashie is in no place to make such statements when he, together with other colleagues of his in the military are involved in more corrupt deals.

“I make the noise because if I a politician went to spend money, every time you say politicians but you are worse in the military. Threatening at the slightest thing, come and kill me.

The soldiers who went to kill Boakye Agyarko, they have stroke, they’ve been bedridden for 12 years. Be warned Colonel Aggrey, let them use you. You should have seen Agyei Boadi, his state when he was dying, being tied to a car and being dragged on the streets of Kumasi, where were you? You see Rawlings and how he shakes when he stands, he won’t die now, He’ll suffer to the glory of God so you continue to act foolishly in the name of being a PRO. Why? My Assin people who have not been recruited into the military for the past 16 years, did they tell you they are jobless?

Go and check all the ranks in the military apart from the army commander, go and check, so when you try all directions, it bounces back but it’s nothing, but for you to respond to a simple statement that I’ve had a lot of jobs under the Akufo-Addo’s era except from the military, you are a foolish colonel. I’m telling him that he is a fool, come and arrest me and you’ll see what will happen, you’ll forget you are a soldier”, he warned.