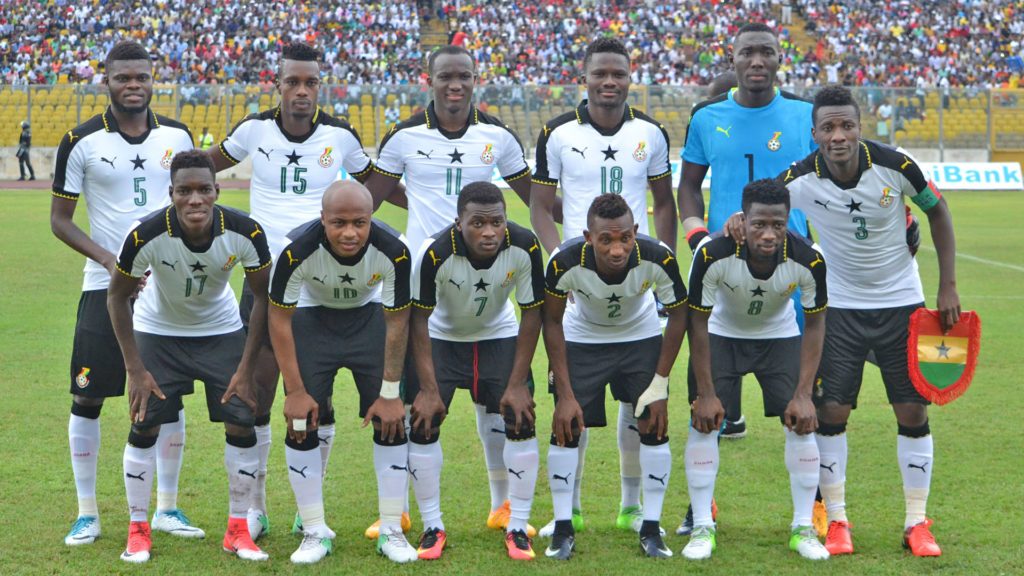 Ghana travel to tackle Kenya in a 2019 Africa Cup of Nations qualifier on Saturday at the Kasarani stadium in Nairobi as they seek for an eighth straight appearance at the finals.

Despite being the favourites to win Group F which also have Ethiopia and Sierra Leone, the Black Stars need to beat the Harambee Stars to consolidate their perfect run in the qualifiers.

The four times AFCON winners humiliated Ethiopia with a 5-0 thrashing in the first group game.

Kenya were 2-1 losers to Sierra Leone in their first group fixture and would want to make amends this weekend by beating Ghana to bright their chances of making it to Africa's flagship tournament for the first time since their last appearance in 2004.

Ghana's biggest victory in football history was against Kenya in 1965 where the Black Stars walloped the Harambee Stars 13-2 in an international friendly in Mombasa.

Kenya beat Ghana in 2003 in an international friendly played in Accra.

It is their only victory over the Black Stars in seven clashes. Two have ended in a draw and four wins to Ghana.

The only new face in the squad is Royal Antwerp's Williams Owusu who could be making his Ghana debut on Saturday if selected.

After four years absence from the national team, Inter Milan midfielder Kwadwo Asamoah makes a return and is expected to make an appearance against the Harambee Stars on Saturday.

The Eastern Africa nation has been dealt a big blow since star player and Tottenham Hotspur midfielder Victor Wanyama couldn't turn up due to an injury.

ZESCO United duo David Owino and Jesse Jackson Were look very doubtful for starting roles on Saturday due to injuries they are carrying.

Sebastien Migne will be facing the Black Stars with a 4-4-2 formation when attacking and 4-3-3 when defending.

With Anthony Agay Akumu replacing Victor Wanyama, Belgium and Sweden based Johanna Omollo and Eric Johanna along with Gor Mahia’s Francis Kahata will complete the midfield for the hosts.

At the back, David “Cheche” Ochieng' and Musa Mohammed would be playing as the centre backs.

Abud Omar and Philemon Otieno could occupy the right and left back slots.

With Japan-based striker Michael Olunga and Ovella Ochieng' who plies his trade in Sweden partnering in attack.

Kwesi Appiah will be deploying an attacking 4-4-2 to face the Harambee Stars on the weekend.

With Richard Ofori as the goalkeeper, Harrison Afful and Daniel Opare are expected to share the right and left back positions whilst one of Nicholas Opoku will partner Daniel Amartey in central defence.

Afriyie Acquah will be marshaling the midfield with either Inter Milan's Kwadwo Asamoah or Ebenezer Ofori with Belgium based Nana Ampomah and Christian Atsu on the right and left wings.