Guinea vs Madagascar [2:2] – Historical point for Madagascar as they hold Guinea at AFCON 2019 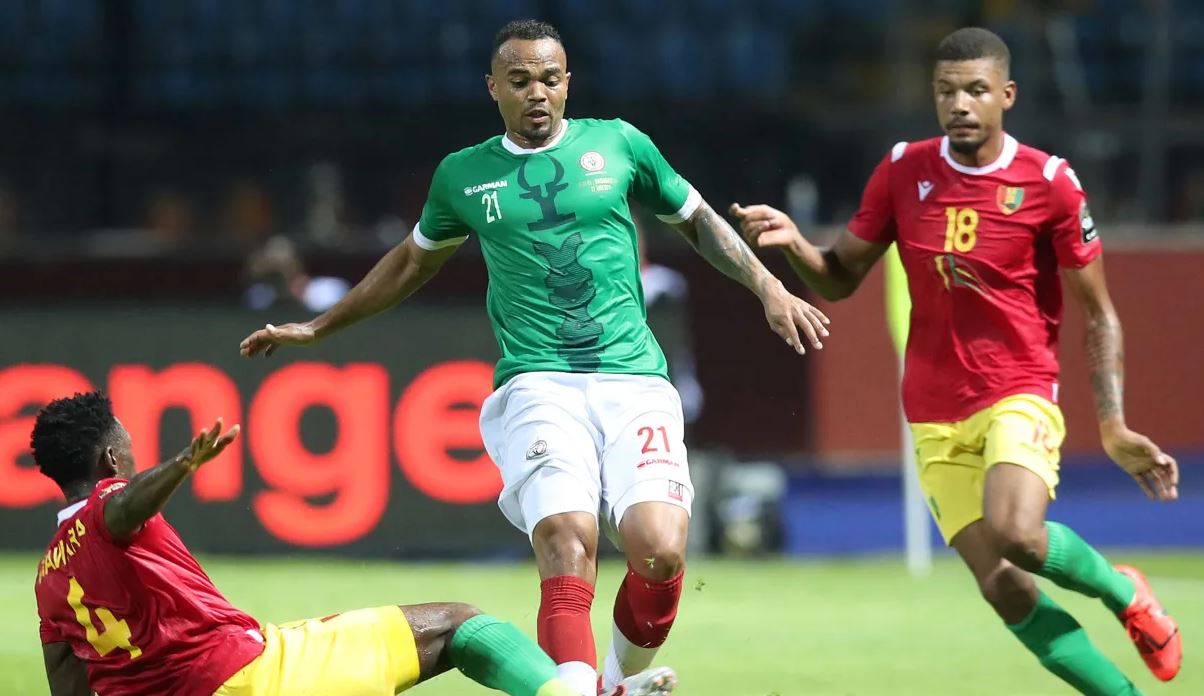 Guinea vs Madagascar [2:2] - Historical point for Madagascar as they hold Guinea at AFCON 2019

Debutants Madagascar had their first ever point in the history of Africa Cup of Nations when they held Guinea to a thrilling 2-2 draw in Alexandria as both sides kicked off their Group B campaign.

The point was historical for “Barea” who are having their AFCON debut this year, while Guinea’s Syli National would feel undone with seeing an expected victory slipping from their hands.

The game started nervously with both sides committing a number of fouls in midfield. Madagascar had the first shot on goal after 21 minutes when Lalaina Nominianahry tried to shoot but the ball went easily to the hands of Ali Keita between the posts for Guinea.

Ibrahim Cisse had Guinea’s best effort in the first half when he saw his shot kissing the upright after 27 minutes. Ima Andriasima could have broken the deadlock for Barea but his shot just missed the target at the half hour mark.

And it was Guinea who took the lead after 34 minutes via Sory Kaba. Amadou Traore’s long shot found Kaba one on one with Malagasy goalkeeper and he rounded him to put Guinea in lead with the goal that separated both sides at halftime.

Sory Kaba (r) celebrates goal with teammate Ibrahima Traore of Guinea during the 2019 Africa Cup of Nations Finals match between Guinea and Madagascar at the Alexandria Stadium, Alexandria on the 22 June 2019.

Madagascar returned stronger and needed just four minutes after the restart to equalize. From a corner kick Andriantinaina jumped higher than everyone to head the ball home scoring “Barea” first ever AFCON goal. The equalizer gave Madagascar confidence as they controlled possession. And it was not so long till they took the lead. Anicet Andriamatsinoro found himself one on one with Keita and he made no mistakes to give Madagascar the lead after 55 minutes.Anicet Andrianantenaina of Madagascar celebrates goal with teammates during the 2019 Africa Cup of Nations Finals match between Guinea and Madagascar at the Alexandria Stadium, Alexandria on the 22

With defeat looming Guinea had Liverpool star Naby Keita in after 62 minutes. Just three minutes layer they were awarded a penalty when Roman Metanire fouled Ibrahima Traore inside the vital area. Francois Kamano scored calmly from the spot to restore parity again.

Both sides tried to snatch a late winner but without success, to see the first AFCON 2019 draw.
Nigeria leads group B pack with 3 points, Madagascar and Guinea follow with a point each, with Burundi trailing pointless.