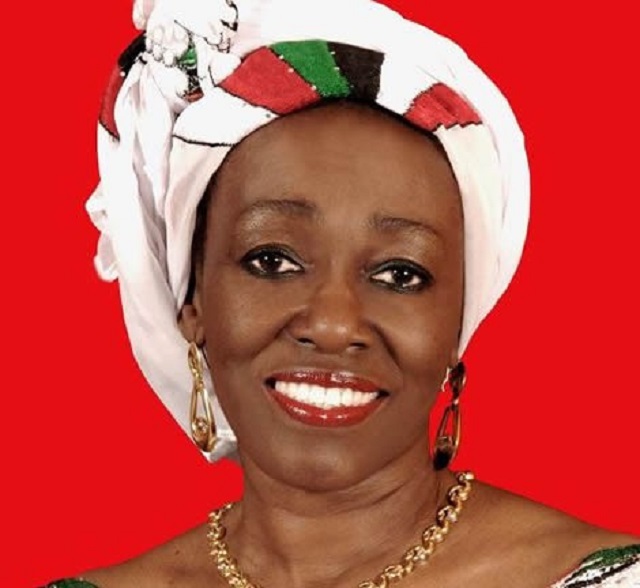 Detailed Biography
Konadu Rawlings Smile Nana Konadu Agyeman Rawlings is a politician, businesswoman, president of 31st December Women’s Movement and founder of National Democratic Party (NDP).
Konadu is the presidential candidate for National Democratic Party in the forthcoming 2016 election.
She was born in November 17, 1948, to the late J.O.T. Agyeman and his wife in Cape Coast, Central region of Ghana.

While she was a member of National Democratic Congress, she was elected 1st Vice Chairperson of the party in 2009.

She challenged the sitting President of Ghana, John Evans Atta Mills for the party's flagbearership position at the party's congress which took place at Sunyani in the Brong Ahafo region from 8–10 July 2011 and lost.

Nana Konadu left the party afterwards to form her party - National Democratic Party on October 2012.
Nana Konadu’s education background started at Achimota School; she continued at the University of Science and Technology where she read Art, specializing in Textiles. She has a Bachelor degree in Graphic Design. She earned an Interior Design diploma from the London College of Arts.
She also acquired a Diploma in Advanced Personnel Management from Ghana's Management Development and Productivity Institute in 1979, and a Certificate in Development from the Ghana Institute of Management and Public Administration in 1991.

In 1994, she enrolled at Johns Hopkins University Maryland, USA Senior Fellow Diploma in Policy Studies and Non-Profit Sector of Economic Development among others.
Nana Konadu worked at Ghana Tourist Board Accra, Ghana 1973. Between 1974 - 1980, she worked at Union Trading Company Accra, Ghana. She proceeded to Nanali Africarts Accra where she worked between 1980- 1984. Within this period, she set up 31st December Women's Movement Accra, Ghana, an NGO focused on women empowerment.
Nana Konadu got married to Jerry John Rawlings, an Airforce Officer in 1977, and they both had four children: Ezenator Rawlings, Yaa Asantewaa, Amina and Kimathi.