Nyantakyi managed to pay Anas $100k ‘bribe’; his lawyer is our witness – PRO 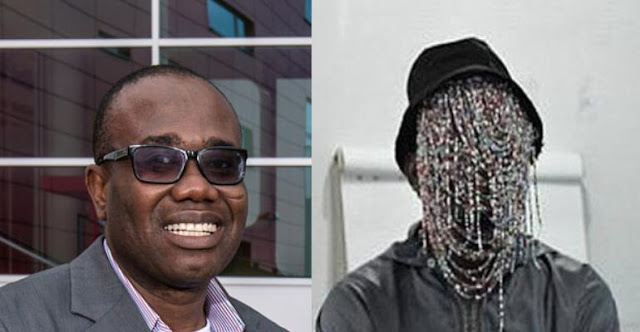 The Public Relations Officer (PRO) for embattled former Ghana Football Association (GFA) boss has alleged that his boss, Kwesi Nyantakyi, made a payment of $100, 000 out of the $150, 000 demanded by Anas Aremeyaw Anas so he will drop the Number 12 video against him.

Dr. Martin Luther Obeng in an exclusive interview with rainbowradioonline.com alleged that, Mr Nyantakyi managed to arrange the amount but Anas refused to drop the video because the embattled GFA boss had informed others about it.

He further disclosed that the lawyer for Anas who he failed to provide the name, confirmed to Kennedy Agyapong, the Assin Central MP that, he [Anas] demanded the money and had received $100, 000. When he was pushed to give the name he declined saying, ‘’at the right time. We will provide the media with the details about the name of the lawyer.

Some of the issues are currently in court and so I will not disclose some of them but we will soon address the media on them.’’ Meanwhile, he has stated that the statement which has gone viral was indeed from Nyantakyi but was not the full statement.

According to him, the one who was made to print the statement leaked same at the time Mr Nyantakyi was preparing to release it. He also indicated the video from the Tiger Eye PI was doctored and that the amount given Kwesi Nyantakyi was $40,000 out of the $61,000 travelling cost he incurred for his travels to meet the fake businessmen who deceived him and not a bribe as alleged.

‘’From voice over commentaries on the video I was reported to have accepted $65,000 in banknotes in October 2017 from a man claiming to be a member of the Qatari Royal Family (the Sheikh) who told me “that the money was for shopping” and that I then thanked the said man, “placed the banknotes into a black plastic bag” but “failed to report this large gift to the GFA” I vehemently deny the same, and wish to state that;

iii In the context of (ii) above, it is therefore false that I was handed a “large gift”. I have already dealt with the circumstances under which I received the money from the Sheikh. Of key significance however, is the allegation that I received the sum of $65,000.

It is very easy to confirm how much was given to me from the video tapes. The money was exposed before I was tricked to put in the bag personally. A critical review of the video clip will reveal that when the money was handed to me, there was no mention of shopping.

A different video has a voice emerging from a faceless speaker saying “shopping for now”. This insertion of an over riding voice was clearly an after thought.

Based on the agreement with Suale, the $40,000 was a refund and not a gift or bribe. Its disingenuous to purport to donate a gift when the donor owes a lawful debt for cost of travels.

The question that beats my mind is why Tiger Eye lied about the amount of money given to me. Why was the viewing public not allowed to perceive what they saw and heard on the video themselves? Why run commentaries to deceive the viewing public?’’