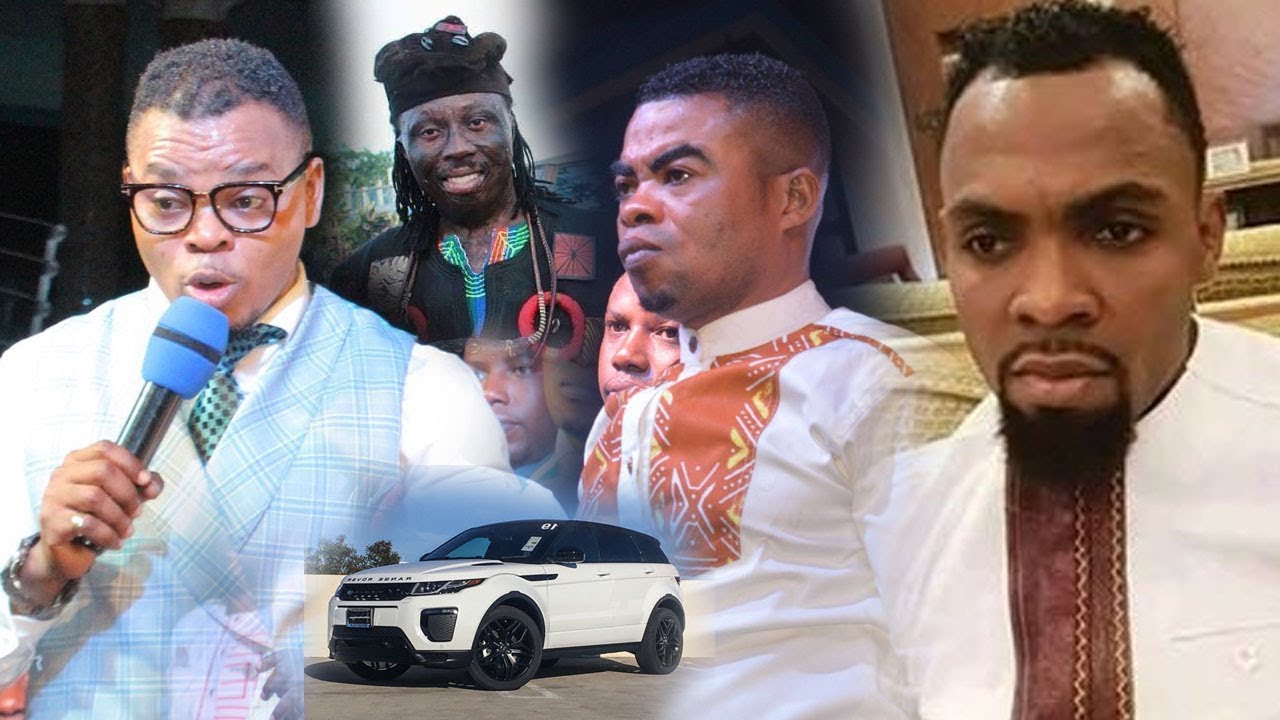 Pastor Kingsley Baah, the former right-hand man of Bishop Daniel Obinim, has been involved in an accident.

The accident of Pastor One Blow, as Baah is popularly called, happened on the Tema Motorway on Saturday, May 25, 2019.

A video of the accident which GhanaChurch.com sighted suggests that it was a really serious incident, One Blow's car was seen somersaulted with its tires up in the air.

According to the narrator in the video, One Blow was part of a convoy involving Bishop Obinim and Reverend Obofour.

It took the intervention of some good samaritans around who helped to get One Blow and other passengers in the car out.

One Blow's car had two occupants who all suffered some injuries and were transported to the hospital.

One Blow came up in the news recently after he was gifted a Range Rover car by Obofour who is deemed as a rival to Obinim.

Amid the many reports that came up, One Blow granted an interview to Kofi Adoma Nwanwani on his Kofi TV and made claims about Obinim which suggested that his former boss had failed to fulfill a car promise he made to him.

One Blow even claimed that his wife nearly went mad e because maltreatment they received in the hands of Obinim's wife, Florence.

It was after this interview that Obinim wept in his church and even decided to sack all of his junior pastors.