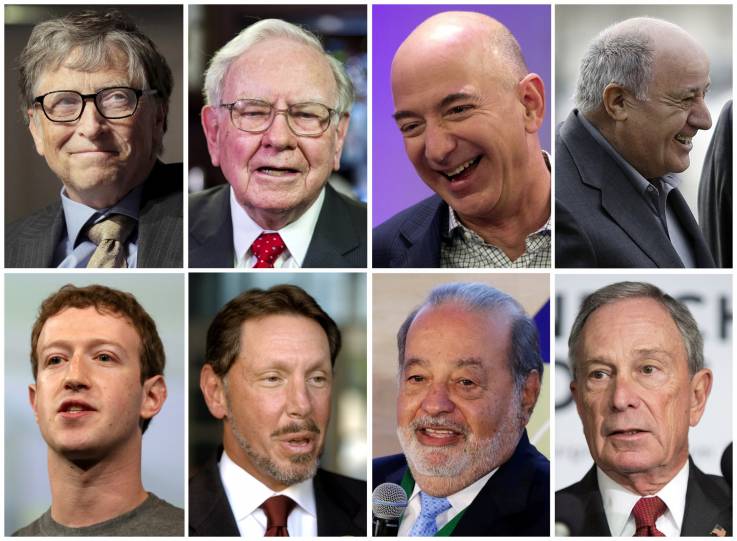 Most people have a pretty good idea, even if they’re not an entrepreneur, or interested in the subject at all for that matter.

As you’re reading this, you probably already have names popping into your head as to who will appear on the list of the richest.

Let’s find out in this article, where we list the top 25 richest people in the world as of 2019. These are the game-changers, and the people who have helped transform and re-shape the world.

The 25 Richest People in the World

There’s been a huge fluctuation in the net worth of these billionaires in the past year. But, you can find out more about that below!

The stats given here in regards to net worth have come from Forbes directly. These are the top 25 richest people in the world in 2019: 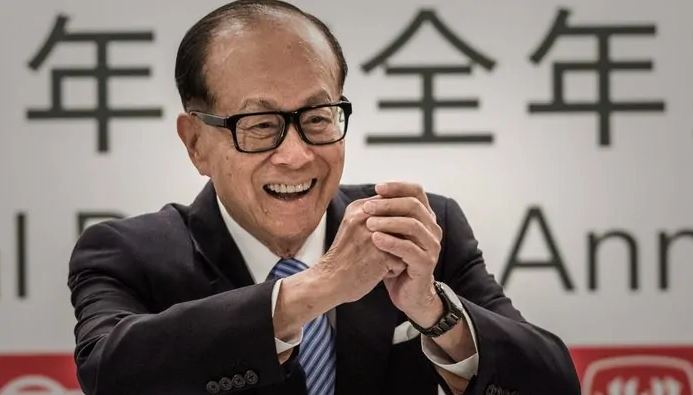 Li Ka-Shing is one of the most influential businessmen in Asia, and is the current chairman of CK Hutchison Holdings, and CK Asset Holdings. However, he plans to step down from the throne this year. As of June 2019, Li Ka-Shing’s net worth is roughly $29.8 Billion. 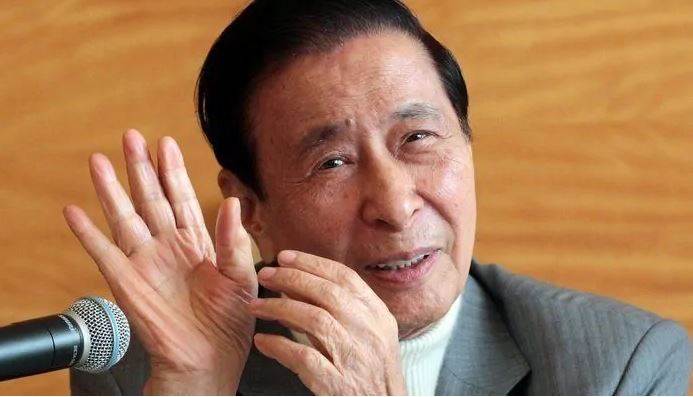 Lee Shau Kee is the co-founder of Sun Hung Kai, a successful property development company. He grew up in a very poor family, but today he is worth just under $30 billion. 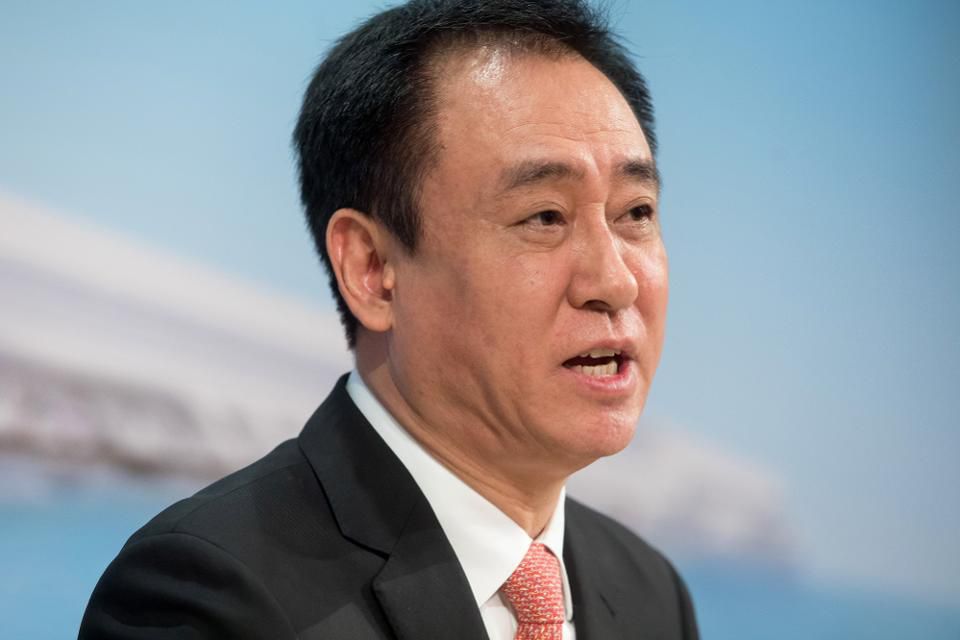 Hui Ka Yan in Cantonese, is a Chinese billionaire businessman and chairman of Evergrande Group

Hui Ka Yan is the current chairman for the Hong Kong-listed real estate developer, China Evergrande Group, of Shenzhen. The company is active in residential and commercial property. 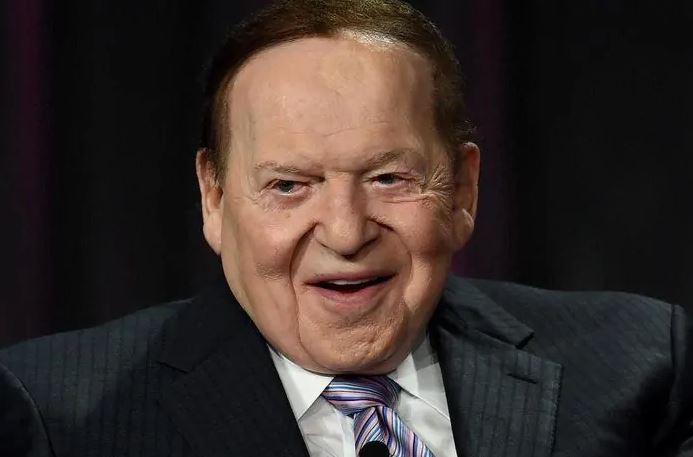 Sheldon Adelson is an American business magnate, investor, and philanthropist.

He is also the founder, chairman and CEO of Las Vegas Sands Corporation, which owns the Marina Bay Sands in Singapore.

Sheldon has recently managed to climb onto the list of the top 25 richest people worldwide in 2019, with a new estimated net worth of $34.9 billion.

“I look at every business and ask, How long can this last? How can I identify the status quo and change it?” – Sheldon Adelson 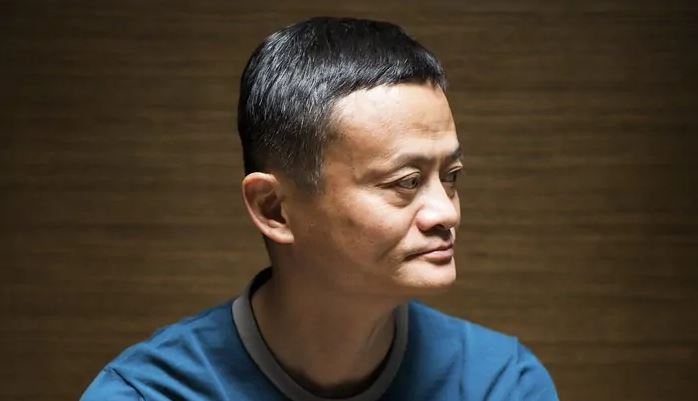 Jack Ma is the founder of Alibaba, and although he’s been one of the richest people in Asia for several years, he’s only just made it onto the list of the richest people in the world this year.
Jack was rejected from multiple jobs, including KFC when it was first introduced to China. Today, Jack Ma’s net worth is estimated to be $36 billion, launching him to the 21th spot on this list.

“A leader should have higher grit and tenacity, and be able to endure what the employees can’t.” – Jack Ma 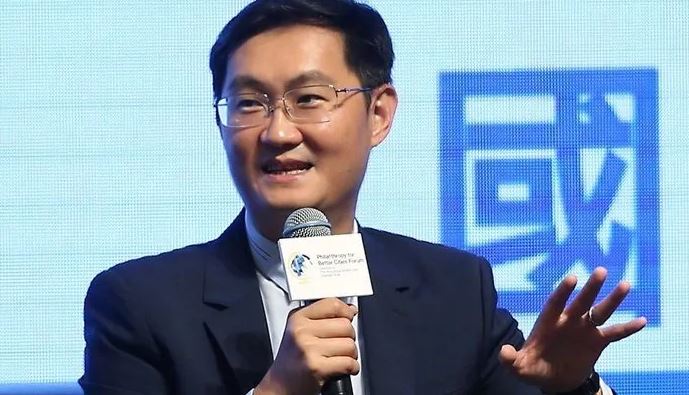 Ma Huateng is a Chinese business magnate, investor, philanthropist, engineer, internet and technology entrepreneur. He’s also the founder of Tencent, which is the most valuable company in Asia. 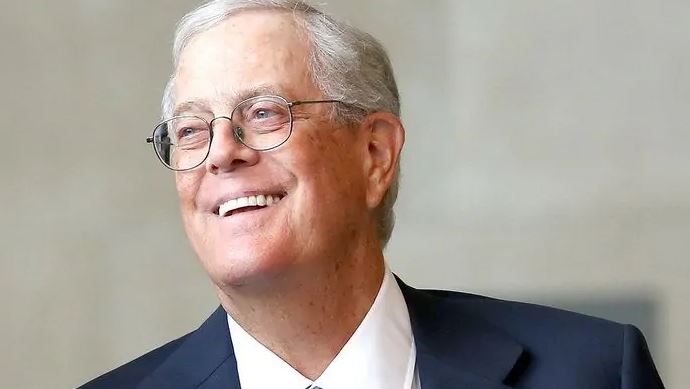 David Koch is Charles Koch’s brother, and serves as the Executive Vice President of Koch Industries. David and Charles both own a 42% stake in the conglomerate. 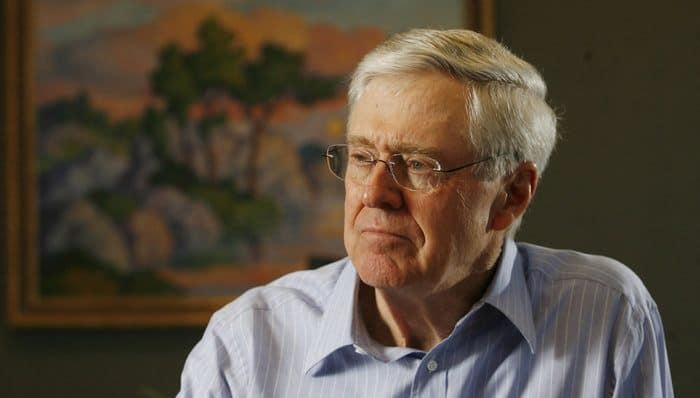 Charles Koch is an American businessman and philanthropist.

Koch made this year’s list of the richest people, and with an impressive net worth of $42.1 billion! 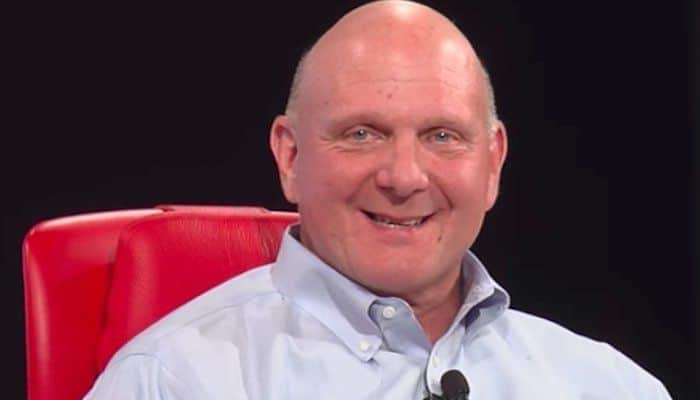 Steve Ballmer is the current owner of the NBA’s Los Angeles Clippers, and he is also the former CEO of Microsoft. As of 2019, Steve Ballmer’s net worth is estimated at $49.1 billion. 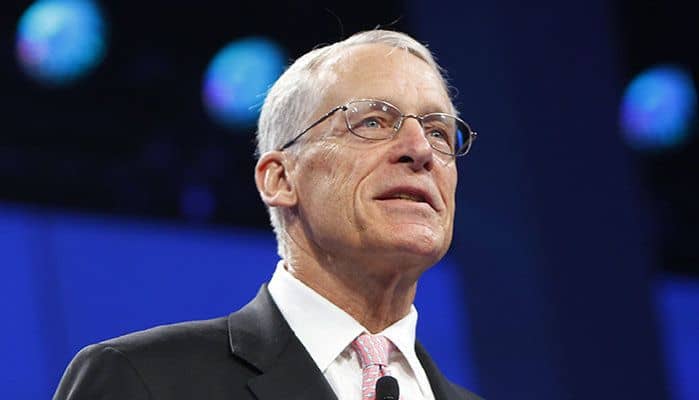 Rob Walton is the eldest son of Sam Walton, and served as the chairman for Walmart, after his father’s death, up until 2015.

Further more, he briefly surpassed his brother Jim recently on this list of the richest people in the world. However, he’s now fallen back to his original spot. 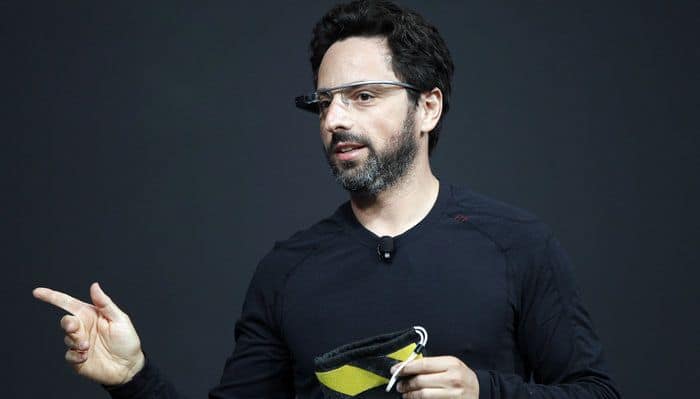 Sergey Brin and Larry Page co-founded Google back in 1998, in just a small simple garage. The duo have taken Google to the top, putting Sergey Brin a few places behind Page in this list of the richest people worldwide. 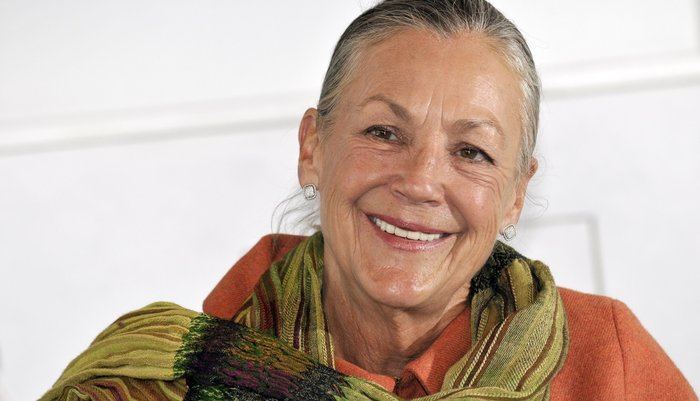 Alice Walton is the daughter of Sam Walton, and heiress to the Walmart fortune. She founded the Llama Company in 1988, but it has since closed down.

Today, Alice Walton’s net worth is estimated to be $49.4 billion dollars, making her the 14th richest person in the world.

“I know the price of lettuce. You need to understand price and value. You buy the best lettuce you can at the best price you can.” – Alice Walton 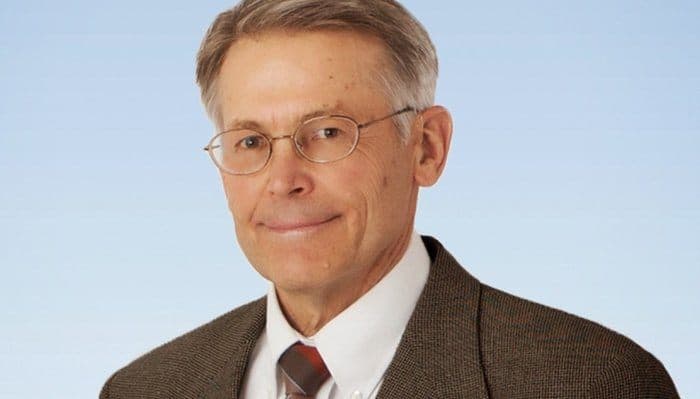 Jim Walton is the son of Sam Walton, who was the founder of the world’s largest retail chain, ‘Walmart’. He is on the Walmart board of directors, and CEO of his own company, Arvest Bank. 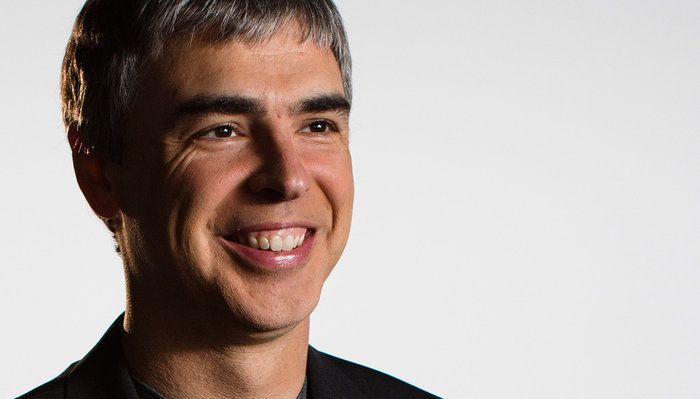 Larry Page is the co-founder of Google, which was founded back in a garage in 1998.

Google, no doubt, has become the most successful search engine in the world, and the company has gone on to make various acquisitions such as YouTube. Google’s success has made Larry Page one of the richest people in the world. 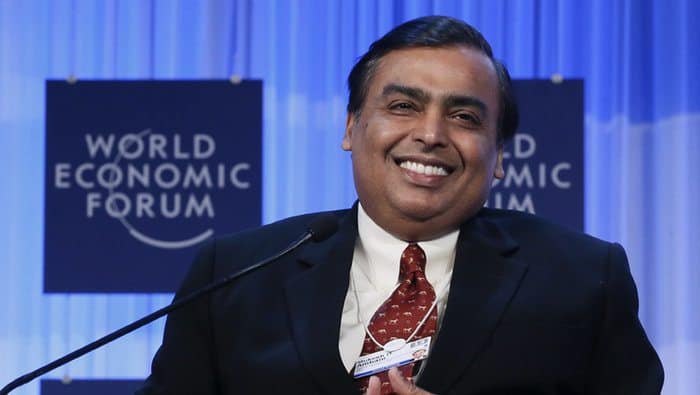 Mukesh Ambani is an Indian business magnate, currently chairman, managing director and largest shareholder of Reliance Industries Limited (RIL).
Ambani has been the richest man in Asia for a while now, and this year, he made it onto the list of the richest worldwide! As of 2019, Mukesh Ambani’s net worth is $52.6 billion.

“Today I see a billion people as a billion potential consumers, an opportunity to generate value for them and to make a return for myself” – Mukesh Ambani 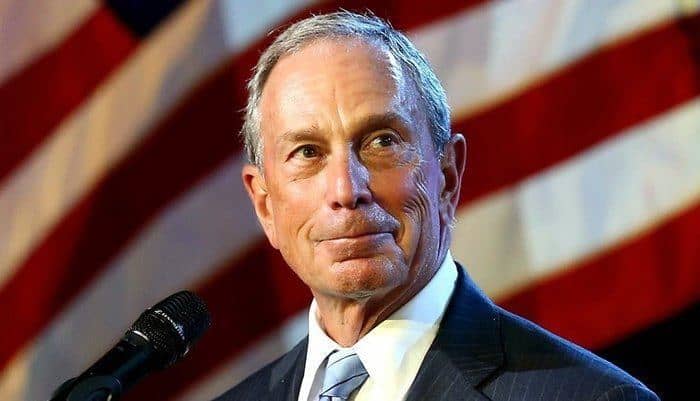 Michael Bloomberg is an American entrepreneur and politician. Bloomberg is the founder and CEO of Bloomberg L.P, the financial data and media company. Bloomberg is now 74 years old and one of the richest people in the world.

Michael Bloomberg has added another $5 billion dollars to his net worth in the past 6 months, which has caused him to re-gain his previous position of 10th on this list. His net worth is now estimated at $53.9 billion. 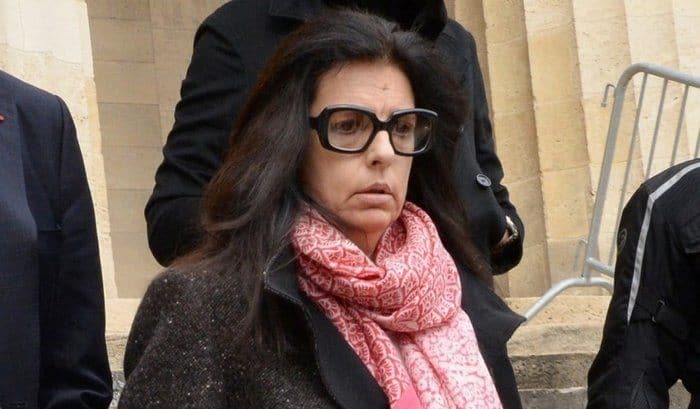 Francoise Bettencourt Meyers became the reigning L’Oreal heiress when her mother, Liliane Bettencourt, passed away in 2017. She now runs the holding company as chairwoman, with her family owning 33% of L’Oreal. 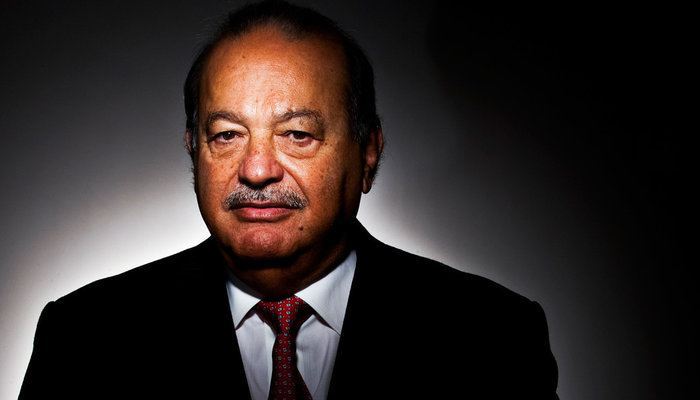 Carlos Slim Helu is a Mexican businessman and investor; owner of the conglomerate ‘Grupo Carso’. The conglomerate’s portfolio consists of brands in many different industries, such as health care, media, energy, real estate and retail.
Carlos is 8th on this list of the richest people in the world, with a net worth of $60.1 billion. In recent months, Carlos Slim has lost almost $6 billion from his net worth, and dropped from 4th to 7th. 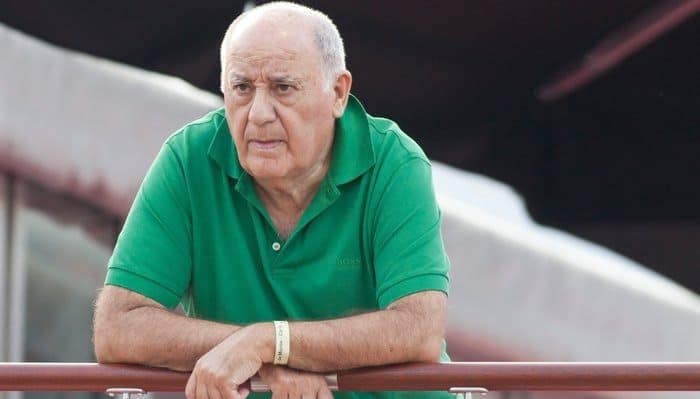 Amancio Ortega is a Spanish entrepreneur and founder of the Inditex fashion group. Inditex owns Zara, and Zara is one of the most popular clothing chains worldwide.

Ortega recently moved back up to the 7th richest man in the world, after other players on the list have dropped down slightly. However, Ortega’s also lost over $11 billion from his net worth in recent months. 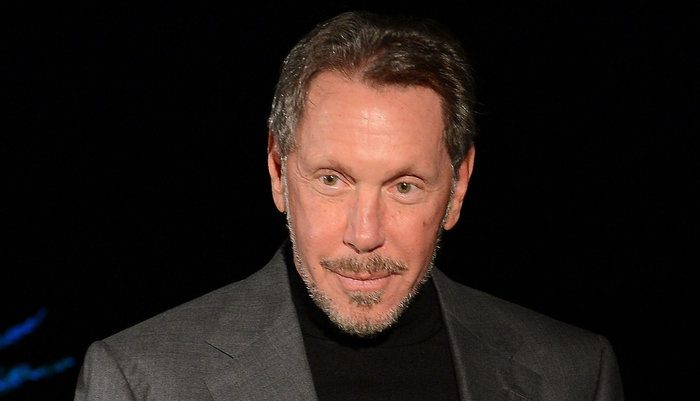 Larry Ellison is the co-founder of the Oracle Corporation, and he was also the company’s CEO until September 2014. Over the years, Oracle has become an incredibly successful tech company, now being 39 years old and employing over 136,000 people.

Larry Ellison is 6th on this list of the richest people in the world, with a net worth of $64.9 billion. 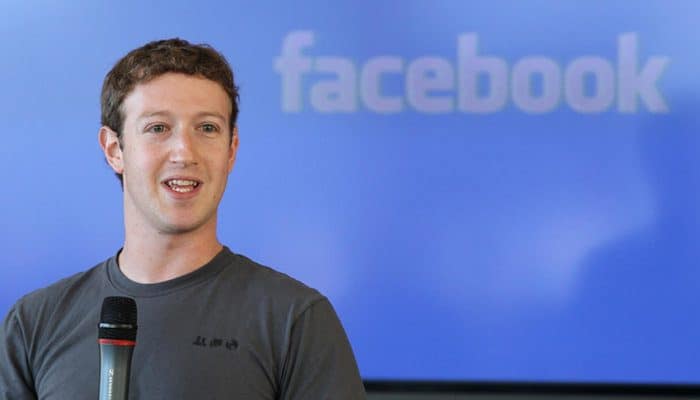 We all know Mark Zuckerberg as the founder of Facebook. Facebook has become the most popular and most valuable social media company in the world. And it all started in Mark’s dorm room at Harvard University.

Mark Zuckerberg has recently dropped off from the 3rd spot, after losing a lot of his net worth due to the Cambridge data scandal and various other issues causing the Facebook stock prices to fall.
Mark Zuckerberg is now the 5th richest man in the world, with an estimated net worth of $67.4 billion.
Richest People Quotes - Mark Zuckerberg

“When you give everyone a voice and give people power, the system usually ends up in a really good place. So, what we view our role as, is giving people that power.” – Mark Zuckerberg 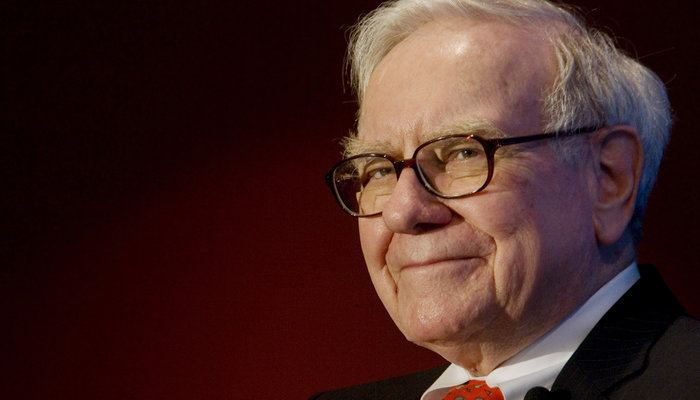 Warren Buffett is an American entrepreneur and investor, and CEO of Berkshire Hathaway. Buffett is the most successful investor worldwide, and millions of other traders look up to him because of his success.
Warren Buffett is the 4th richest man in the world, with an incredible net worth of $84.8 billion. However, despite this fact, Buffett still lives in the home he purchased back when he didn’t even know what a billion dollars looked like. 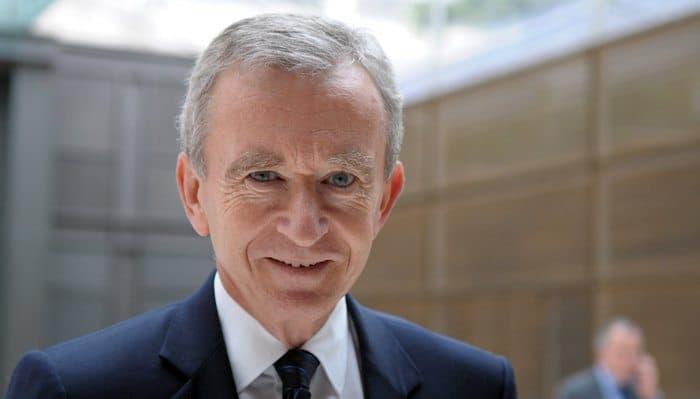 Ultimately, the company was formed from merging the two businesses together. Louis Vitton is the very successful luxury fashion brand, and Moet Hennessey is the merged champagne and cognac manufacturers.
Bernard has been making serious movements up this list in the past year. In fact, at the beginning of 2017, he was at 14th. Now, a year later, he’s placed at 3rd on the list of the 20 richest people on earth in 2019. 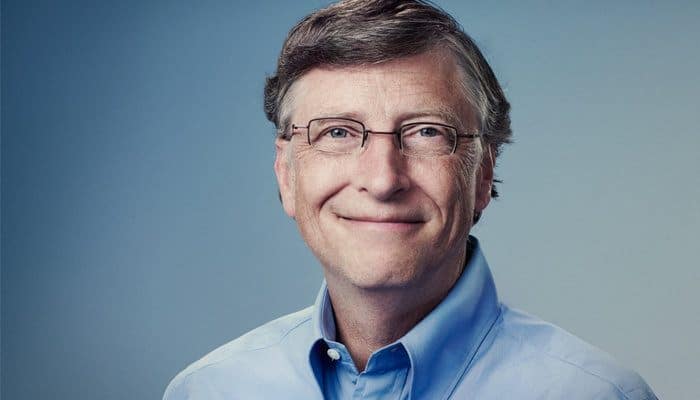 Bill Gates is the founder of Microsoft, and was the richest man in the world for several years running. Gates founded Microsoft in 1975 with Paul Allen, and has since become the largest PC software company worldwide.

Last year, Bill Gates has gained an incredible $10 billion in additional net worth! This has put him at an estimated net worth of $102.1 billion overall. However, he’s recently been overtaken by the next man on this list…

“Success is a lousy teacher. It seduces smart people into thinking they can’t lose.” – Bill Gates 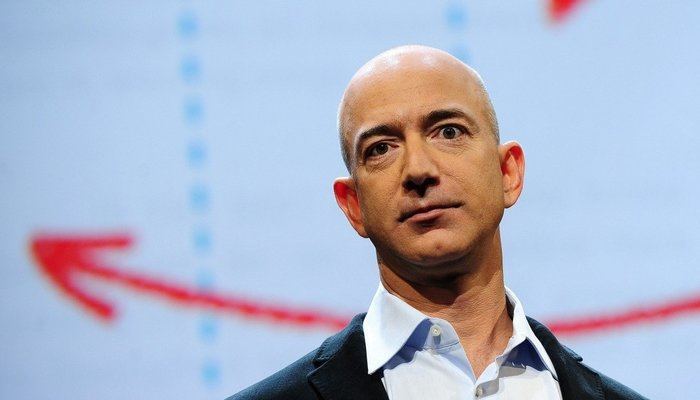 Jeffrey Preston Bezos is an American technology entrepreneur, investor, and charity donor. He is the founder, CEO, and president of Amazon.com, Inc. Bezos was born in Albuquerque, New Mexico, and raised in Houston, Texas.

Jeff Bezos is the founder of Amazon, one of the biggest and most popular companies on the web. Amazon started as a simple online bookstore in Jeff’s bedroom, and the initial sales were slow.
In 2019, Jeff Bezos has become the richest man in the world, after adding a whopping $40 billion to his net worth last year! Amazon is making major moves, after recently acquiring Wholefoods, launching drone shipping and a bunch of other strong ideas.

Bezos is soon divorcing his wife MacKenzie; after which she will receive 4% of Amazon, which is worth billions.

Jeff Bezos is the first man ever to reach the $100 billion mark, which is just insane! Keep reading below to view a complete summary of the richest people in 2019.