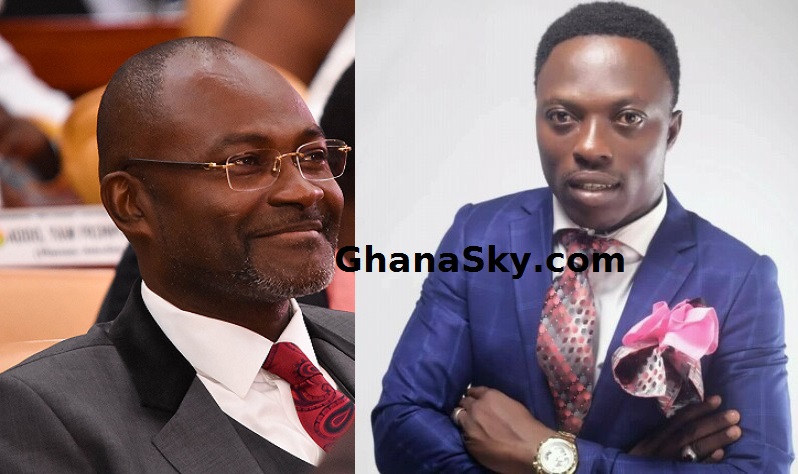 Founder and General Overseer of the Glory Temple Charismatic Ministry at Awoshie in Accra Rev Sam-Korankye Garry has expressed his admiration to the Member of Parliament for Assin Central Kennedy Agyapong for the numerous children he has produced and calls on the youth to emulate him.

According to him, Kennedy Agyapong has proven that giving birth to many children does not restrict one from taking good care of the children if we eschew laziness and work hard as a people.

He says lazy nations and individuals preach family planning to control their family sizes since they have made up their minds not to work hard to be able to cater for their family and the nation.

Rev Garry who was speaking on the program “THE TRUTH” a Bible discussion program on an Accra based radio station NAYAMA FM stated that if Ghanaian men will start working hard they will not be afraid to give birth to as many as they want because hard work brings money and money answers all questions.

The man of God quizzed “How many children does Kennedy Agyapong has, which of his children has become a burden to Ghana, are all his children not receiving better education abroad? “ this is because he is a hardworking man which has brought him enough resources to properly take care of his many children he added.

The man of God charged the government to rather create more jobs for the people to work hard instead of asking people to control their birth which breeds laziness and also a sin against God.

He admonished Christians who out of laziness spend all their time from Sunday-Sunday at Achimota Forest praying without working and later preach against multiple child bearing because of their laziness which has resulted in their inability to cater for their homes.

Rev Garry therefore called on the media and Ghanaians to appreciate and praise Kennedy Agyapong for his good example and emulate his ways for better national development.