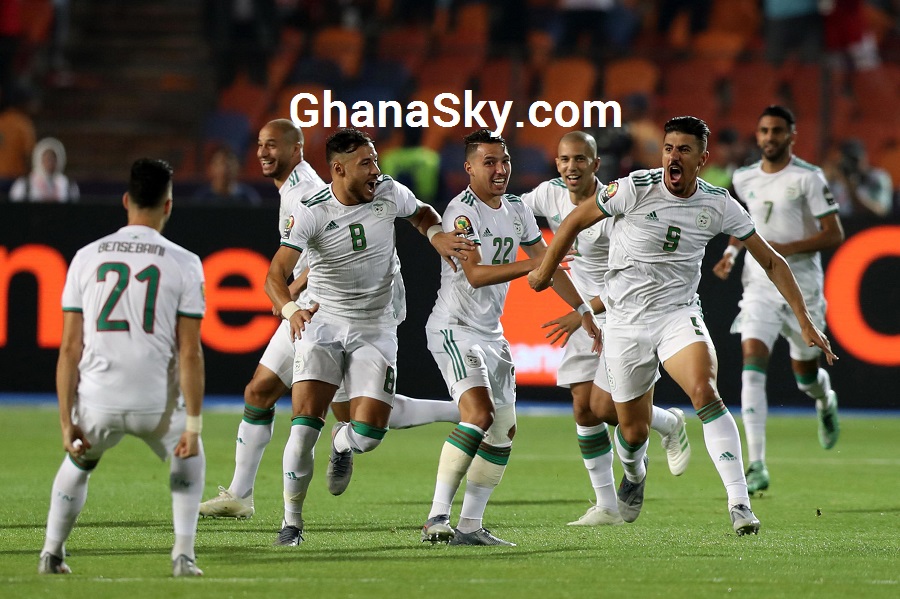 Baghdad Bounedjah’s first minute deflected effort handed Algeria their second Africa Cup of Nations (AFCON) title after a 29-year wait with a 1-0 victory over Senegal in a highly charged final at the Cairo International Stadium on Friday night.

Algeria who were playing only their second final since 2010 held on to the slim advantage for the rest of the 90 minutes while Senegal’s wait for a maiden AFCON title still lingers on. It is another case of so near yet so far away, the Lions of Teranga having lost another final in 2002 in Mali.

Within the opening minute, Algeria was one goal up. Bounedjah picked the ball after Chekou Kouyate had missed his attempted tackle on the left, drifted in and struck a shot that came off Salif Sane, the man coming in for the suspended Koulubaly.

The ball took a punishing dip beyond the keeper into the net with one half of the stadium stunned into silence while the other half in green and white of Les Fennecs roared in deafening crescendo. 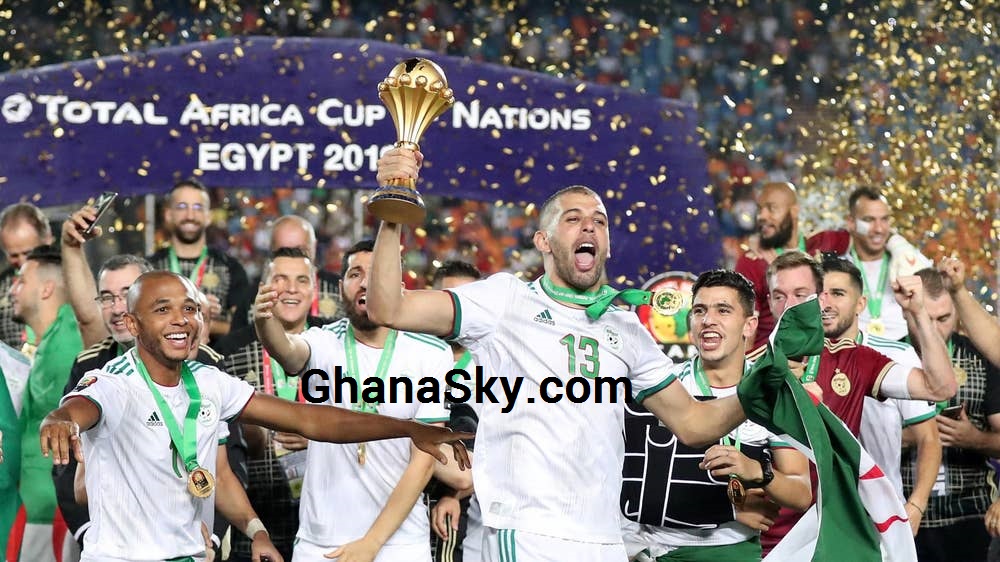 Algeria’s tact of starting off quick and playing the ball in Senegal’s half worked perfectly until halfway through when the Teranga Lions started roaring slowly into the game.

In the 26th minute, Henry Saivet attempted to catch keeper Adi-Rais Mbohli off his guard with a freekick from range, but the hawk-eyed shot stopper adjusted quickly to gather.

Mbaye Niang had a brilliant effort later with a superbly struck volley from range. The burly forward chested the ball down from 20 yards out and took a sweet volley on the half turn, his stinging effort going just over.

At the stroke of halftime, Sane akmost made amends in exact same fashion he had conceded in the first minute, but this time is strike from range off a corner was deflected over the bar.

The second half started in as much pace as the first had ended and Senegal thought they had been given a lifeline on the hour mark when Djamel Benlamri seemed to have handled the ball inside the box off a Sarr cross.

However, after consulting the VAR, the referee overturned his earlier decision of a penalty and gave possession back to the Algerians.

Senegal kept their push on and came close again in the 65th minute when Sarr beautifully picked up a long ball from Lamine Gassama before striding into the box, gliding past the keeper but his eventual shot came off the side netting.

Youssef Sabaly was next to line up an effort when he picked the ball on the left from Sadio Mane before moving into good shooting range, but his rocket of a shot was smothered behind for a corner by Mbohli.

On the other end, Algeria who were pushed on the wall by Senegal managed to conjure a chance at goal off a set piece, but Youcef Bellaili’s curling effort was deflected for another corner that was well defended.

With the clock ticking and a goal urgently needed, Senegal boss Aliou Cisse made changes, Saivet coming off for Mbaye Diagne, Niang came off for Keita Balde while earlier, Krepin Diatta had come on for Papa Ndiaye.

Algeria managed to hold on to the score-line and secured the Cup of Nations crown with an unbeaten run.