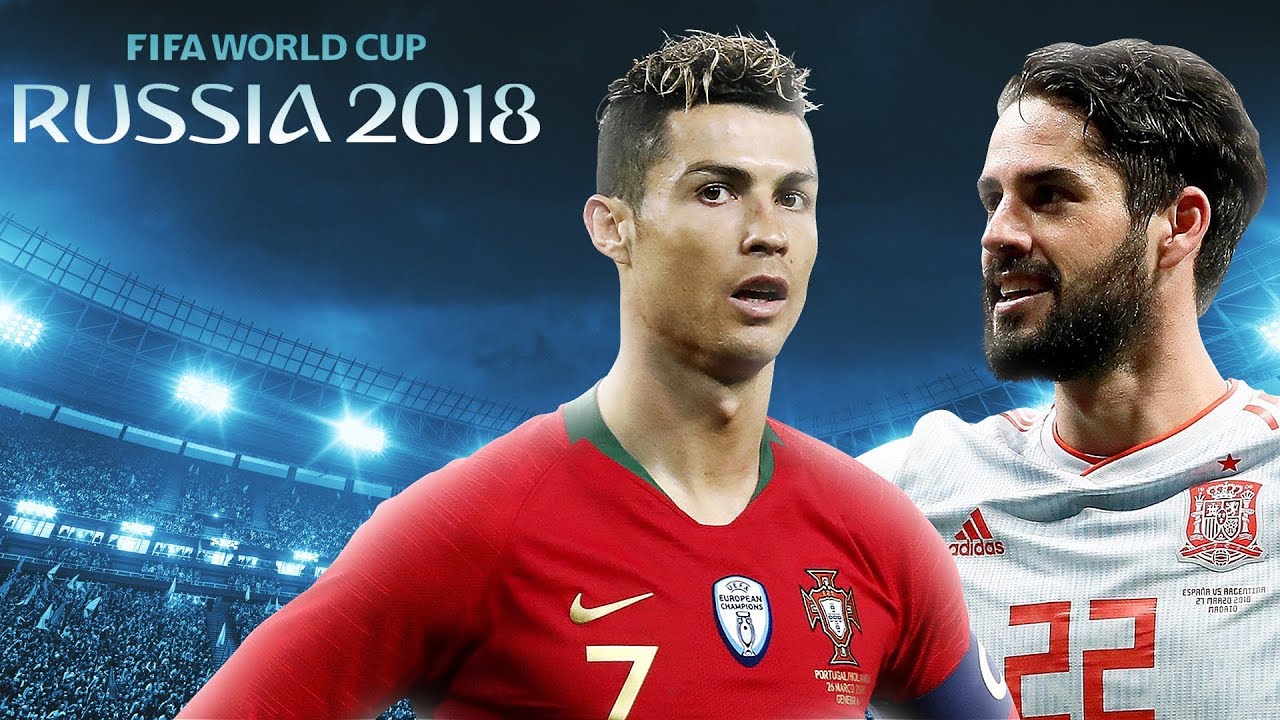 Report reaching GhanaSky.com and as we watch the classic goals from two European heavyweights battle in Group B as if they are in the final game of FIFA World Cup 2018.

Cristiano Ronaldo scored a hat trick, Diego Costa countered with two goals, and the 2018 World Cup’s first full day got a welcome shot of energy as Portugal rallied on a late Ronaldo free kick to salvage a 3-3 tie with Spain.

Ronaldo, who had scored on a penalty kick in the fourth minute and an error by Spain goalkeeper David De Gea in the 44th, saved the day for Portugal, the reigning European champion, with a stunning free kick in second-half injury time. Ronaldo had won the free kick himself and then, after composing himself, curled a picture-perfect shot around the edge of the Spanish wall and inside De Gea’s top right corner.

Ronaldo’s celebration capped a thrilling back-and-forth game that had seen Portugal take a lead, give it up, grab it back, and then lose it once again on a goal by Costa and a rocketed shot by the Real Madrid defender Nacho. Costa’s first goal, a dancing effort in the penalty area in the 24th minute, had negated Ronaldo’s early penalty — awarded for what some thought was a soft foul against Nacho.

But it was Ronaldo, one of the world’s greatest players, who won the day even as his team had to settle for a tie. He earned the penalty, converted it, scored the second and then notched the equalizer when all seemed lost.

Portugal and Spain are both expected to advance out of Group B, which also includes Iran and Morocco. Those two teams played an uninspiring game in St. Petersburg on Friday that was won by the Iranians, 1-0, in its dying seconds.

Rory Smith: Ronaldo has produced one of the most remarkable individual performances you could possibly hope to see, and illuminated what will take some beating as the best game of the tournament. Portugal hasn’t been discussed much as a contender for the World Cup, despite being European champion. This may have been an oversight.
here. Here’s the 2018 World Cup schedule.
90 + 2’: Portugal Almost Pulls Away

Quaresa almost wins it! He walks the ball through the Spanish defense, into the penalty area, around two defenders. But the third arrives in the nick of time to smother his shot. What a winner that might have been. I think we all — players, coaches, fans, viewers — need a whistle, a beer and a shower at this point.
88’: GOAL! Ronaldo Equalizes

Ronaldo completes his hat trick with a stunning free kick, curled around the wall’s right edge. De Gea never had a chance. It’s 3-3.

Source: GhanaSky.com but credit to nytimes.com