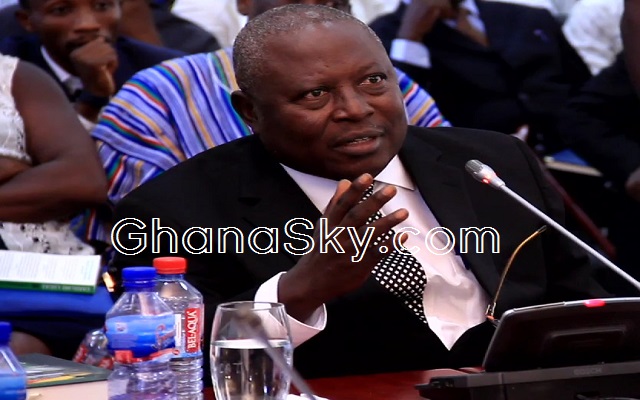 The former Attorney-General said the situation where some people enrich themselves on the back of the state should not be allowed to continue.

Speaking before Parliament’s Appointments Committee Tuesday, Mr Amidu said the country will be free from corruption if there is a concerted effort in addressing the canker.

"This country is not a milking cow," he said, adding "whether I am approved or not I will continue to fight corruption."

Office of Special Prosecutor (OSP) law passed by Parliament in November last year has been seen as a major boost to Ghana’s anti-corruption fight.

Despite the attempts by past governments to dredge the country of corruption, the canker still persists.

Fulfilling his 2016 promise, president Nana Addo Dankwa Akufo-Addo has set up the office of the Special Prosecutor to assist in prosecuting corruption cases.

Mr Amidu will be the first person to occupy the office if approved by Parliament but anti-graft agencies have asked the president to put in place the necessary structures to ensure the effective operation of the Prosecutor.

Contrary to claims of vindictiveness by his critics, Amidu said he is more interested in ending corruption than jailing more people.

“My success will not be measured by the number of people in jail but the integrity of institution I will leave behind,” the widely acclaimed anti-corruption campaigner said, promising to discharge a selfless service to the state.

He was forthright Ghana will be the ultimate beneficiary if the Office of the Special Prosecutor succeeds in reducing corruption as it is being done by the US Federal Bureau of Investigations (FBI).

Although he is known as a man with a serious face, Mr Amidu said he has a heart that "loves people," mentioning names of people who have benefited from his generosity.

Watch the videos below:
Thieves fear investigators they cannot influence & Ghana is not a milking cow - Martin Amidu

I want to stop leakages and corruption in Ghana - Martin Amidu