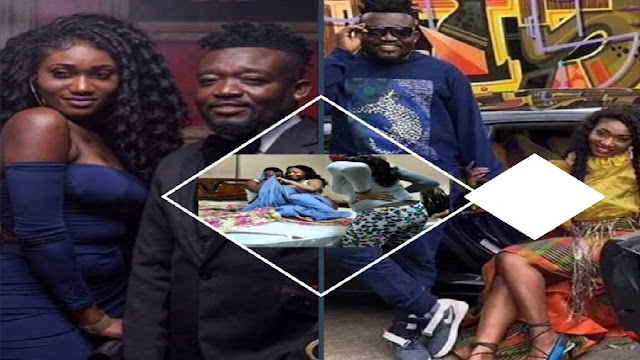 Wendy Shay and her manager Bullet

There were wild speculations that Bullet has been caught in bed with Wendy Shay by the girlfriend a few weeks ago.

Finally, the audio recording and some excerpts of the video has been leaked online by the aggrieved girlfriend.

In the audio, the angry girlfriend is attacking Wendy Shay physically while Wendy Shay defends herself against the attacks.

Wendy Shay explained that she was just sleeping and the girlfriend asked her if she now sleeps naked in men’s room.

Bullet meanwhile was shouting telling the girl to stop that because he doesn’t like that.

The lady revealed that the same thing was what Bullet did with Ebony Reigns.

She caught them having s.e.x and Bullet apologized and promise not to do that again.

The lady could be heard explaining that, she paid Bullet a surprise visit and that was what she has met, unfortunately.

The contents of the audio are so explosive you just have to listen for yourself.

The video will be made available soon.

For now, listen to the audio recording when she caught Bullet fu*cking Wendy Shay below