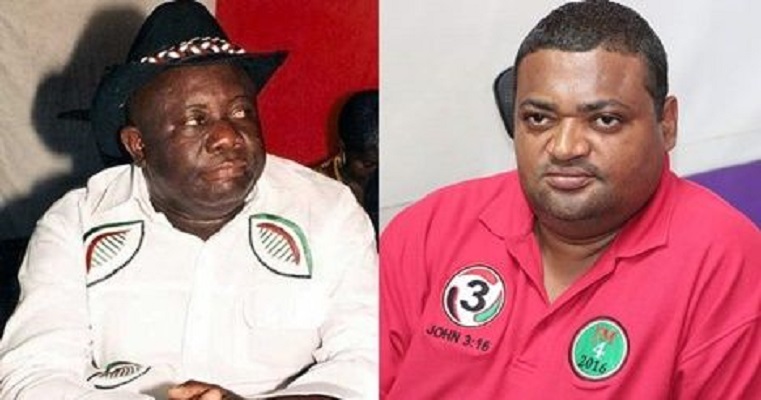 Peace FM is reliably informed that former Municipal Chief Executive for Ejisu-Juabeng in the Ashanti Region, Afrifa Yamoah-Ponkoh and a former deputy Minister of Sports, Joseph Yamin, have been picked by the Ashanti Regional Police Command, in connection with Monday's fatal shooting that rocked the Regional Headquarters of the opposition party.

PeaceFM and UTV's Senior Correspondent in the Ashanti Region, Sampson Nyamekye, confirmed the arrest of the top NDC officials during the station's News@6pm.

He said the Ashanti Regional Police command invited both Joseph Yamin and Afrifa Yamoah-Ponkoh to assist them in investigations into Monday, February 18th tragic shooting incident.

Monday's fatal shooting at the NDC’s Regional Office in Kumasi left one person dead and another seriously wounded.

The Ashanti Regional Police has launched a manhunt for four people suspected to be involved in the shooting.

In an interview with Peace FM News, the Acting Regional Police PRO, ASP Godwin Ahianyo, explained that the four suspects who are believed to be behind the attack, are alleged to be part of an NDC vigilante group, 'Hawks'.

"The suspects who are currently on the police wanted list include Husein Barnabas, also known as Warrior; Mijima, Damos, and Abu Taliban," he stated.

This search comes after some executive members and supporters of the NDC were attacked at the regional office in Kumasi, on February 18, during a high powered meeting of both some national and regional executives of the party.

He added that the police were working closely with party officials to apprehend the suspects.

We Won't Shield "Hawk" Or "Parrot"

Meanwhile, General Secretary of the NDC, Johnson Asiedu Nketia, has given the assurance that the party will not shield the perpetrators.

“We have indicated that crime has no party colours. We don’t know who perpetrated this but because of the presence of the eyewitness, I am sure it will not be difficult for the police to get people to identify the perpetrators. Whoever did this should be picked up and dealt with according to law....we are not going to shield any criminal in the NDC. Anybody in connection with this crime whether a parrot or eagle or hawks, the law must take its course.”” he added.