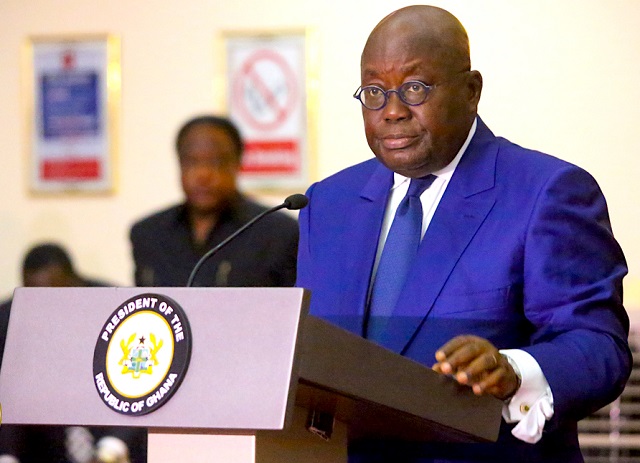 Information reaching the corridors of GhanaPa.com, the goodness news portal of Ghana, shows that YEN's Political Propaganda news to mislead Ghanaians and to promote a political cause or point of view for NDC exposed.

YEN wanted Ghanaians to have wrong idea or impression about current government of the republic of Ghana, under the leadership of President Nana Addo Dankwa Akufo-Addo.

According to GhanaPa.com analyst, YEN category point out five unforgivable mistakes Former President John Mahama made that President Akufo-Addo is sadly repeating without verifying from the office of th President.

This vividly shows the agenda of YEN news about President Nana Addo Dankwa Akufo-Addo and his government.

GhanaPa.com can confirm that, President Akufo-Addo is in a process of doing things, which YEN news is unaware.

The unobservant part of YEN is the results of all these confusion.

Below are the YEN mistakes listed:
1. Failure to check or sanction appointees who speak loosely? Is that TRUE?

2. Not heeding concerns by Ghanaians over issues of corruption? Is that TRUE?

The Mahama-led administration was rocked with cases of the Fulani crisis which sparked controversy regarding the safety of the country. Is that TRUE? 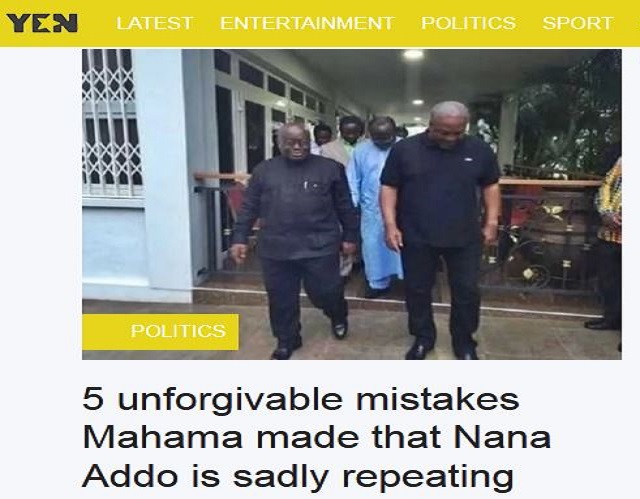 Five unforgivable mistakes Mahama made that Akufo-Addo is sadly repeating

Hon. Bryan Acheampong MP for Abetifi constituency and Minister of state in charge of National Security recently made a statement "Not a single footprint of Fulani cow will be seen in Kwahu", which he assured the security forces will do all within their powers to flush out Fulanis from the Kwahu area. 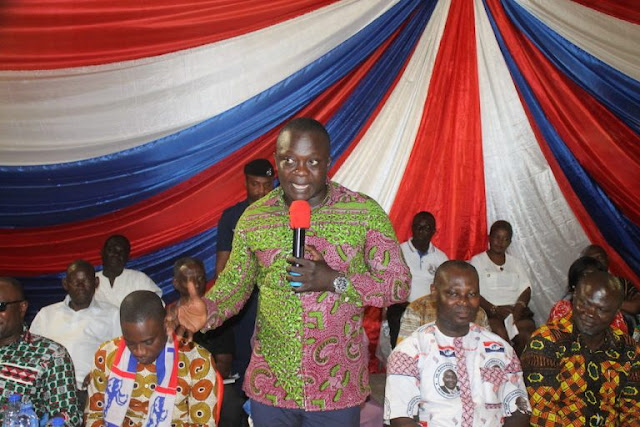 Hon. Bryan Acheampong MP for Abetifi constituency and Minister of state in charge of National Security

He also said "the Police service together with the military will  move the nomads from the community in order to instill peace and tranquility".

Listen to Audio below About Fulani control by Bryan Acheampong: