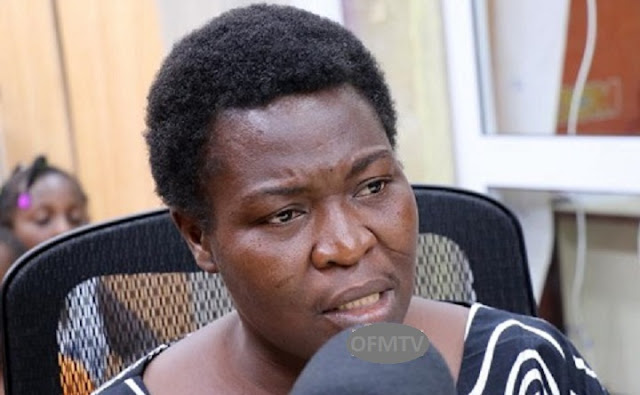 A pregnant Ghanaian woman has narrated her awful story about the ordeal and maltreatment she went through in Germany.

According to Comfort Nnakenebe, she was forcefully handcuffed and forcefully dragged out of her house and deported from Germany to Ghana because she went out on a job hunt in the country.

In an interview with Adom FM’s Midday News, she revealed she was manhandled by the German police even in her pregnant state which is very unfair and hence wants justice to prevail.

“I was beaten to the extent that I collapsed and was rushed to the hospital. For 3 weeks, I was given anti-psychotic and anti-depressant drugs because they claimed my pass out could make me mad.”

She indicated that her little daughter was no exception from the maltreatment she suffered.

“My little daughter was handcuffed because she was trying to defend her mother. She was harshly treated without mercy.”

She added that all efforts to seek justice on her arrival in Ghana have also proved futile.

“I tried to ask for help from the police and the immigration office but didn’t get audience. I was told to stop speaking, that they know what do.”

Listen To Audio Below: