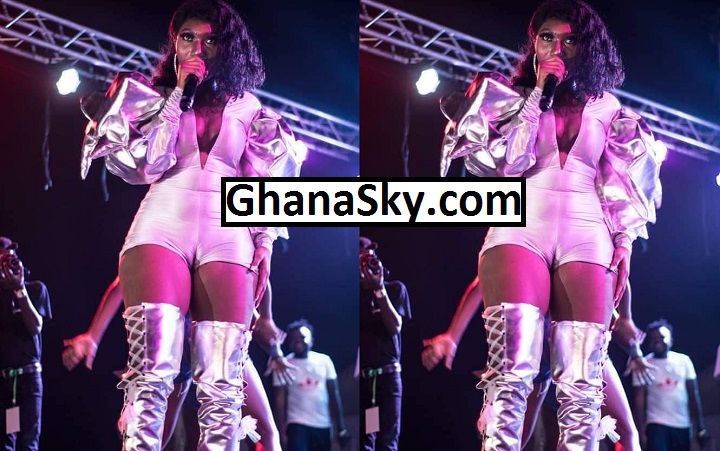 RuffTown Records artiste Wendy Shay was in the news last week for very good reasons after she launched her first album, 'Shay On You', at the Golden Tulip Hotel in Accra.

But it looks like she might have to deal with some controversial news just after the successful launch.

This follows a wardrobe malfunction she suffered at an event she was performing at.

Appearing on stage in a silver-coloured dress and boots, Shay's dress looked like jumpsuit which had been shortened at her thigh level.

However, the dress which looked too tight on the singer revealed the shape of her 'tonga'.

In fact her camel-toe was clearly showing through the dress.

It is not known exactly which event Shay was performing at but the photo has been gaining currency since it popped up online.