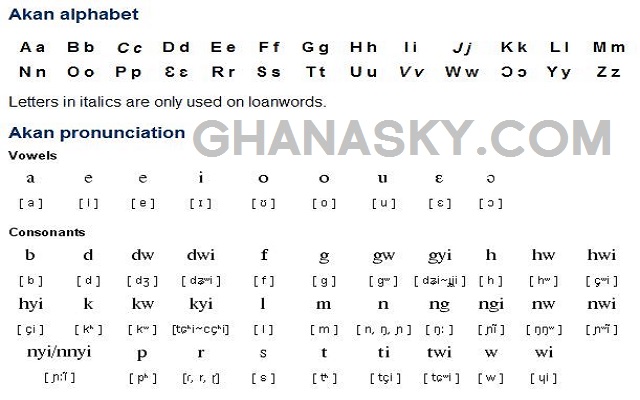 Twi (pronounced ‘ch-wee’ [ʨʷi]) specifically Ashanti Twi is a language spoken in Ghana by about 8 million people. Within Ghana, Twi is spoken in the Ashanti Region and in parts of the Eastern, Western, Central, Volta and Brong Ahafo Region. There are many divisions of twi languages, but they are all mutually intelligible.

There are numerous dialects of Akan, including Twi, Fante, Bono, Wasa, Nzema, Baule and Anyi, with a high level of mutual intelligibility between them.

Akan languages started to be written down, mainly in religious publications, by Danish, German and British missionaries during the 17th and 18th centuries.

There are currently three standardized orthographies for Asante, Akuapem and Fante, there is also a unified Akan orthography which was created during the 1980s.